Hedley with headphones: The Quietest Concert Ever!

What if you could go to a concert and not leave deaf?

That’s basically the concept behind the Quietest Concert Ever. Well, at least that’s what I took away from it! Â Yesterday, Parks Canada, CBC Music and Banff National Park hosted 750 of Hedley’s biggest fans and treated them to a concert like no other. Â  Tied into the release of their new album Wildlife, the bandÂ performed all the songs from the album, but, fans could only hear the live concert through Sennheiserâ€™s wireless headphone technology! 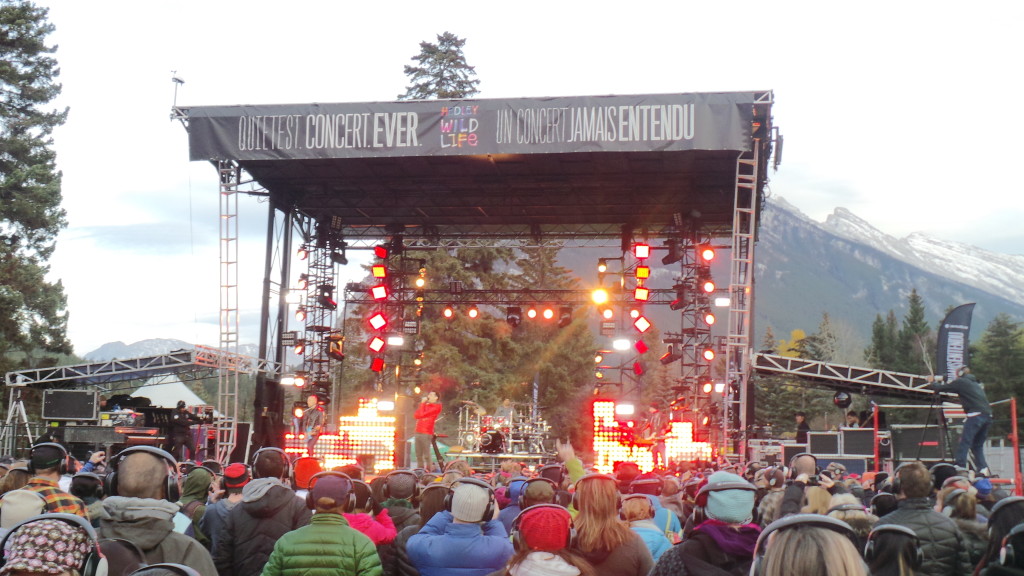 When I first heard about the concert, I’m not sure I totally understood how it was going to work. Banff holds concerts all the time, so it couldn’t be a noise reduction thing. As it turns out, the park just wanted to host a party like no other…and I think it worked!

While I think it might be hard to convince an entire population to convert to the quietest concert ever concept, there are actually some really great things about it:

-You can’t hear other people sing.
-Other people can’t hear you sing.
-If you want to talk to the person you’re with, you can just take off your headphones and speak at a normal level.
-If people around you are talking, you can’t hear them.
-Loud music is easily controlled with a volume button. 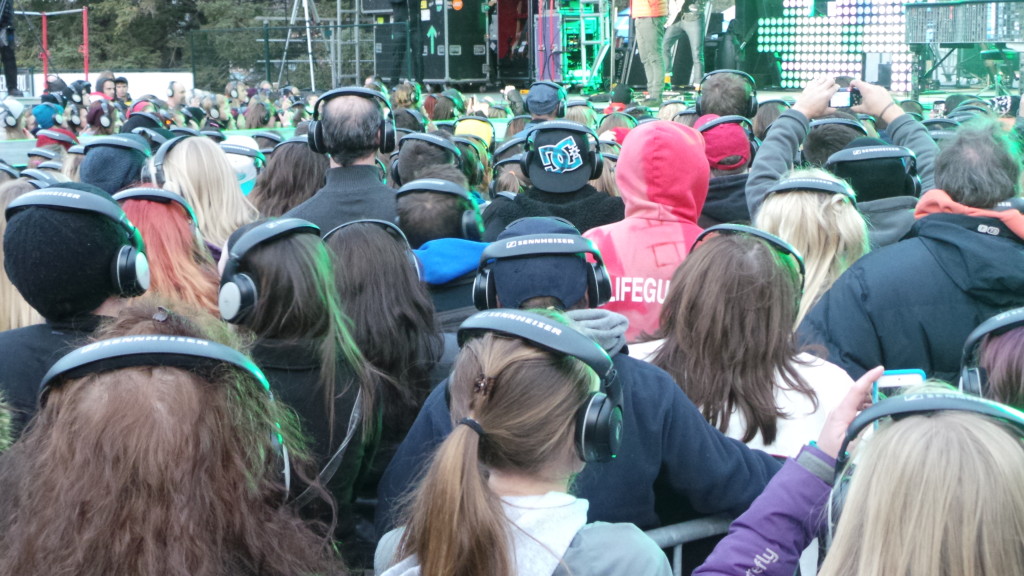 To really understand, I think you have to watch this video. After the band finished performing all the songs from Wildlife, they played three of their most popular songs. Â If you weren’t wearing the headphones, you couldn’t hear Jacob, you could hear the drums and song guitar and everyone unabashedly singing along. The full impact of the show came when you put the headphones back on. Â You couldn’t help but laugh. 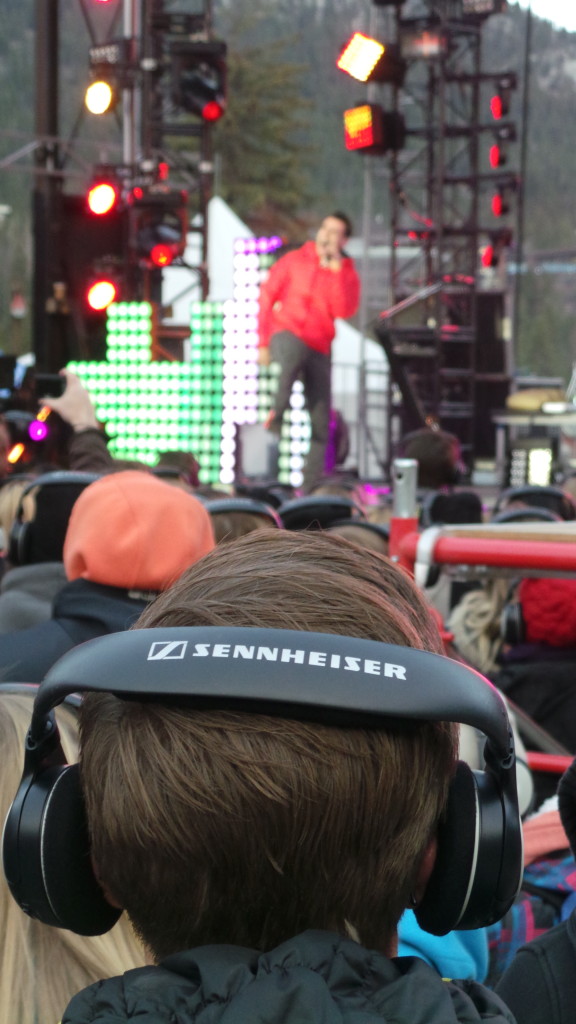