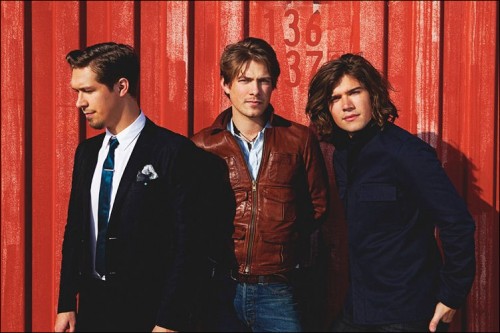 It’s not very often that I’m jealous of the city of Regina, no offense intended, just you know, I’m not that jealous of a person.Â  But one press release changed all of that.

Hanson has just announced a huge international tour and the capital of Saskatchewan is the sole Canadian date.Â  That’s right, the trio will be only playing one show in Canada and it’s not even in Toronto or Vancouver, now tell me, how is that even fair?Â  You can’t, cause it’s not.

Now you probably think I’m joking about my love of Hanson, but I assure you that I am not.Â  I’ve always liked the band and I can’t help but think that if they weren’t teen stars first, the brothers would be one of the biggest bands in the world.Â  Again, not kidding.

I’m also annoyed that I’m going to be missing such a cool concert experience.Â  This time around (pun intended), the boys will be playing music from the albums chosen from the fans.Â  Once you get over the fact that they have more than one album, consider this:Â  Their newest disk Shout It Out, just hit number two on the Billboard Independent Charts.Â  So I’m happy to see that I’m the only one that thinks Hanson is legit.

Which brings me to my point, they just sold out five shows in London, England.Â  There is obviously a demand for the band to visit more places in Canada, specifically whatever city I need to fly to that isn’t Regina.Â  Again, no offense, so where are they?Â  I have a kick ass backyard, you’ll love it Hanson, you should come.

So the offer is out there is Hanson, your move.