Halloween Horrors: What to Watch?!

If you’ve ever read this blog before, you know that I HATE Halloween.Â  I used to feel weird about not liking it as a child but now that I’m a grown up, I’m proud to say that I have absolutely nothing planned for what I consider the most dreaded holiday of the year!

Actually, that’s not true. I do enjoy me a scary movie every now and then and luckily Netflix has quite a few doozies to choose from.Â  You should know that by using the term “doozies” I mean: really, really strange.Â  But if girls can dress up like sluts, than I can watch stupid movies.

But with so many ridiculous horror movies out there, I think I need your help. Here are some of my favourite “doozies” that I found on Netflix. Which one should I watch? 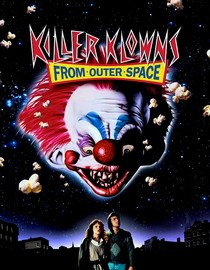 Killer Klowns From Outer Space
“An alien band of killer clowns descends from the cosmos to harvest scores of small-town victims, cocooning their prey in cotton candy to eat later. With the extraterrestrials disguised as simple circus workers, the authorities don’t suspect a thing. But the joke is on the clowns when two streetwise teens (Grant Cramer and Suzanne Snyder), armed with an ice cream truck, do battle to save their friends in this cult favorite.” 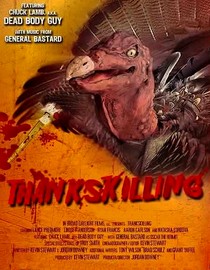 Thankskilling
“While on their way home for Thanksgiving break, five college kids run afoul of a homicidal turkey that wants them dead. As the cursed bird hunts them down one by one, the survivors scramble to find a way to defeat the possessed creature. Will the bloodthirsty turkey make this their last Thanksgiving feast ever? Writer-director Jordan Downey’s holiday-themed horror spoof features an appearance by adult-film star Wanda Lust.” 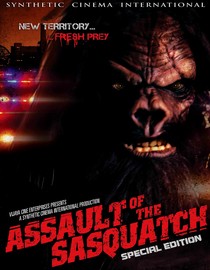 Assault of the Sasquatch
In the woods of a state park, authorities arrest a ruthless bear poacher and impound his truck, not knowing the vehicle contains the legendary Sasquatch. All are shuttled back to the city precinct, where the vicious creature escapes. Determined to exact revenge on the man who snatched him from his habitat, the Sasquatch won’t rest until he puts his “big foot” on the poacher’s body. Jason Criscoulo plays the title creature.