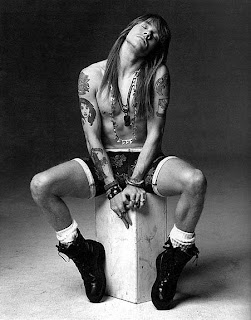 So I know a lot of people are pissed that Kanye isn’t coming to Calgary, or the rest of Canada for that matter, but I may have found a tour that might be even cooler than Kanye…if that’s possible.
Guns N’ Roses!!!!!!
Okay, I don’t actually think that Guns N’ Roses is going to be better than Kanye, but dammit it’s going to be funny! Like really, really funny. I’m assuming that these tickets are going to be free, because I don’t anyone that’s going to pay for them, so really what’s better than a free concert!
That correct answer is: nothing
Check out the dates of the tour. Sorry Newfoundland and PEI, looks like you were left out!
January