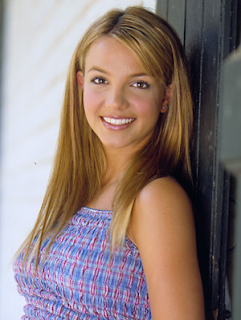 Loyal readers will have noticed that I rarely talk about the “Britney debacle”, I just feel that there is nothing I can really say. I mean really what can you say about someone that is sooo messed up? Well, this week a really cool piece about the whole situation ended up in my mailbox and I can’t help but post it because I honestly don’t think anyone can sum it up better than in this piece.

Right now, I wasn’t provided any contact info or website for R.Patrick, but if you agree or disagree with him make sure you leave a comment I’ll make sure he sees it.

THE SPEARS SITUATION
By R. Patrick

Whatâ€™s sad to me is every media medium seems to be holding their breath â€“ partial pun partially intended â€“ waiting for the inevitable to happen with Britney Spears. Her clock seems to be ticking at a celebrity-quasar pace; and like all heavenly bodies on a long enough time line, they become Black Holes.

The real question should be â€œWhy do we care so much?â€

It sounds callous, insensitive and almost inhuman, but why has the world been on the edge of the Britney Self-Destruction Hot Seat for a longer period than we were on the Britney-Rocket-Ship-To-Pop-Culture-Super-Stardom? The simple human answer is because sheâ€™s a human being. If so, why have we all but forgotten the seemingly unforgettable Heath Ledger story from 10 days ago? Mariah Carey records more #1 hit songs than any other female, has a life-shattering breakdown, we give it five days of attention and she becomes a punch-line. 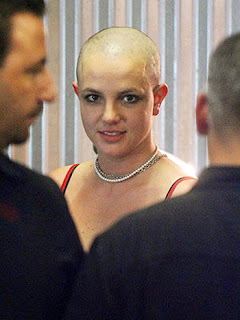 A teen pop princess who looks good in a school girl uniform, wears a red rubber suit in a video and lays actual claim to only one official number one hit, all but absolves responsibility for her own self destruction and captures millions of nightly voyeurs anxious for her latest deteriorating developments.

What is it about Britney Spears? Why do we thirst for a dose of her daily dwindling? Why do we know the names of her kids but have to look up our nephewâ€™s birth date? If Paris Hilton invented â€œFamous for Being Famousâ€, Britney mastered â€œFamous for wanting to be Famous Againâ€. How would the headlines read if these calamitous celebrity life choices were made by credibly incredible performers? Performers with cache like Madonna, Prince or Janet?
There was one. Michael Jackson. Look how that ended. After the accusations, the surrogates, the trials, the lawsuits and the settlements, heâ€™s sealed himself off in Neverland surfacing only to make the odd lip-sync performance at an as-far-away-from-America-as-you-can-get awards show until the smoke clears.

The Court Jester of Pop could learn a thing or two from the King of Pop. Walk away, clean yourself up and reintegrate yourself into a society that accepts you rather than anticipates your demise. Or go away, against your will and because of ours.