>This isn’t the first time I’ve guest-blogged for Mike. Some of you may remember my hilarious and biting reviews of American Idol ’08! No? Hmmm. Okay.

Anyway, I’m Colin, and usually I blog at Yeterday’s Weirdness, a culture blog that’s undergoing some exciting changes in the next few days. Check it out. You’ll love it, I promise!* In the meantime, while Mike’s on vacation, I’ll be sharing the updating duties here.

It would be rude of me to pop in like this and not leave you with something to furrow a brow over on a Sunday afternoon, so here you go: 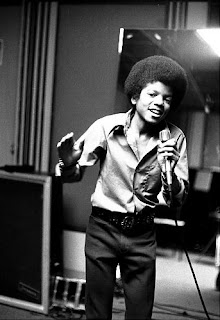 Did you know that Michael Jackson died? I know, right?! It’s crazy.

ANYWAY, his sister – no, not Janet, the other one – LaToya Jackson is pulling a Jim Garrison and is all like, “they” killed my brother!

Way. This is totally happening in your world. Feel good.

Anyway, so LaToya claims that the people surrounding Michael in the buildup to his not-going-to-happen-but-here’s-a-cheap-momento-ticket-for-all-you-suckers London concerts didn’t have his best interest in mind. So, not really a JFK-sized coverup, in the end. Kind of just the obvious, isn’t it? Right? RIGHT? I hope I’m right.

What are your thoughts?

*not a real promise.