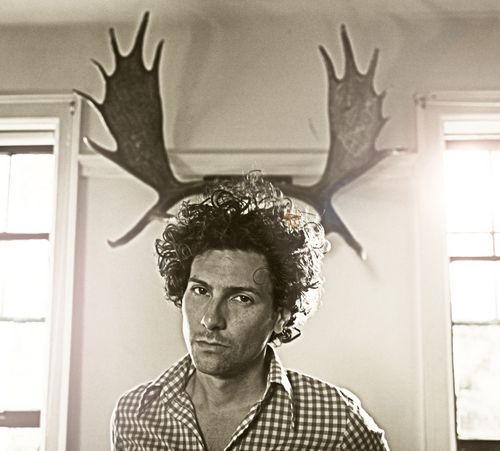 We can probably agree that the best part of Summer is the summer vacation. Remember how when we were kids, weâ€™d always report back on the first day of school about all our great adventures that took place over the summer. Itâ€™s probably the first time as kids we really get to brag.

Today’s guest blogger is the amazingly talented Jeremy Fisher. His story is one that I’d love to do someday, but know that I never could. With stories like this, it’s no wonder that he can write such fantastic songs.

Take it away Jeremy!

In the spring of 1998, my best friend from childhood emailed to say he was dropping out after completing two years of university at UBC and was going to ride his bicycle home to Hamilton, Ontario. I wrote back immediately and asked him to wait a few weeks so I could get my things together and fly out to ride with him.

On May 1st, I landed in Vancouver with my bike, a couple of saddlebags and about $500 in cash. Shortly thereafter we pointed our wheels east and confronted the epic highs and lows of the Rockies. We pedaled about 100km each day, camped out in the ditch when it got dark and drank out of mountain streams (almost our undoing, but thatâ€™s another story). We were truly free.

We ran out of money in Moosejaw, Saskatchewan, spent our last $5 on all-you-can-eat pizza. Just when we thought our adventure may be cut short one of us found a bottle at the side of the road. Then another, and another. We learned they could be redeemed for a 10 cent deposit. Several hundred cans and bottles later we made our way across the prairies and into Winnipeg where I borrowed a guitar from a friend and began busking; playing music on the street for money.

We made it to Ashland, Wisconsin by late September and decided to settle down for the winter. My buddy and I built a little shelter in the woods out of materials we found in a dumpster at a construction site, some kind of a teepee/tent hybrid made out of fence posts, industrial garbage bags and foam insulation. I started to write music and play in cafes. By the time spring rolled around I couldnâ€™t wait to get back on my bike and keep riding. I started carrying the guitar with me so I could sing for my supper. For a few years there, I was riding my bicycle all over North America in the warm months of the year.

Jeremy Fisher is touring Canada into the fall and his new album Mint Juleps is now available on his website.

Check out his new video for “Part That Breaks”, which can be found on Mint Juleps.