I’m taking some time off this week, so Iâ€™ve asked some of my friends to step into my shoes and do a little guest blogging for me.Â  Luckily, I have some pretty cool friends, who will beÂ  weighing in with some really interesting and fun posts.Â  Their writing assignment was to teach both you and I something.Â Â  Make sure you check back all week to read the special series:Â  I Canâ€™t Believe You Donâ€™t Know Aboutâ€¦..
Today’s Guest Blogger is James “Newsboy” Callsen!Â  Take it away James! 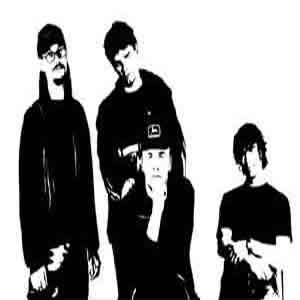 Outside of Western Canada (where in some pockets they are as revered today was they were 15 years ago), The Smalls are a footnote in Country Music icon Corb Lund’s biography. Before he started doing shows with Ian Tyson or getting his truck stuck in the mud, Corb played bass in The Smalls, a loud, rangy 4 piece based in Edmonton, Alberta with origins in the music program at Grant MacEwan College.

The Smalls’ sound was unique for the time. It blended elements of jazz and metal alongside country music imagery of gunfights and horses, but they also had a brooding, melodic style. It worked perfectly against what was happening elsewhere during the 90’s in SeattleÂ  and was a lot more real that the pablum Canadians received from can-rock mainstays like Our Lady Peace and I Mother Earth.

When Leslie Feist received her Juno award in Calgary in 2009, she was agog that Corb Lund handed it do her, mainly because she was a frequent opener for The Smalls during the early to mid 90’s when they were the biggest thing going out West. If you were an up and coming alt-rock, punk rock or metal band at that time, The Smalls were the marquee band to work with.

And with good reason. The Smalls would play anywhere. Small town halls, big city bars, it didn’t matter. If they had a stage, they were game and would likely put on one of the their powerful live performances they were famous for. The Smalls also helped to maintain and foster Canada’s all ages scene. They frequently played all ages (no booze) shows right across Canada, from Brandon to Sault Saint Marie to Fredericton, providing a stage for countless local opening acts and selling thousands of t-shirts to long haired and flannel-ed youths in the process.

The Smalls were one of the first western bands to play in the Balkans following years of civil war in the 90’s. They plied their trade in the United States, but mainly stayed out west. Like so many great bands, issues with their label and internal turmoil after years spent together in a van wound up being their demise.

The Smalls aren’t around anymore. They broke up in 2001. Most of them have gone on to other musical projects, the most notable being Corb Lund and his now-iconic country music career. However they are a band that Canadians of all musical stripes should give a listen to, as for my money, they were one of the best Canadian bands of the 90’s, bar none. My Dear Little Angle (spelling correct), Waste & Tragedy and To Each A Zone are essential listening to any lover of loud, guitar driven music.Â  Their efforts have left a legacy among hundreds, if not thousands of kids across Canada. I should know, I am one of them.

Cool.Â  Thanks for the musical tip Newsboy!Â  I’m always looking for some great new music, bonus points if it’s local!