Guest Blog: I can’t believe you don’t know about: Comedian...

I’m taking some time off this week, so I’ve asked some of my friends to step into my shoes and do a little guest blogging for me.  Luckily, I have some pretty cool friends, who will be  weighing in with some really interesting and fun posts.  Their writing assignment was to teach both you and I something.   Make sure you check back all week to read the special series:  I Can’t Believe You Don’t Know About….. 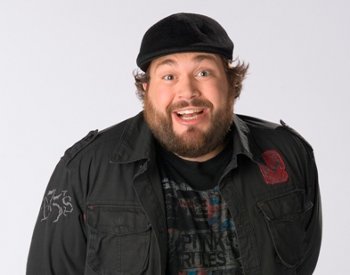 I’ve been closely involved with the Canadian comedy scene for over a decade. Mostly because my bff  Allyson Smith –became a comedian, at a time when we were nearly inseparable but also because of a personal interest in all things comedy. Remember when SNL was hilarious?

My closeness to the comedy community has allowed me glimpses into things most people don’t get to see. From going on tour with comics to attending Festivals across the country to watching a taping of Comedy Now – I’ve seen some things! I won’t shock you with some of the sordid details in my first (and possibly last!) guest post, but I’m hoping to share a little glimpse into why I enjoy the art form so much. I’ll give you a hint – it’s the comics and how funny they truly are, both on and off the stage.

Vancouver’s Darcy Michael is one of my favourite comedians. He’s one comic where you not only get to hear his edgy, easily relatable jokes, but you also get to know him, his family life and his ridiculous take on topics ranging from
overeating to parental coitus to gay marriage. We really bonded at the 2009 Winnipeg Comedy Festival but more recently he made me pee my pants in a parking lot in Vancouver over New Year’s Eve (from laughing, people, from
laughing). I recently interviewed Darcy and here is our intellectualism:

What did you last laugh really hard at?
Omg I laugh so much, I couldn’t possibly narrow it down. But odds are it had something to do with one of my cats. Those little sh*ts are funny.

Do you watch comedy?
See above re: cats.

What was your first kiss like?
It was followed very quickly by a punch to the jaw. I’m now that guy that says: can I kiss you? It’s not weak of me, it’s a survival skill. At least my gaydar is wayyyyyyyy better now. And the guy I kissed got really ugly, so karma evened it
out.

Tell us about the worst audition you ever had.
This director read my resume and was like, oh you’re a comedian? Tell me a joke. I panicked and told this joke I hadn’t told in years, it’s totally stupid but always gets a laugh. He just stared at me deadpanned and said: okay, well at
least you can act. I booked the part. And, in typical comedian fashion, I secretly hated the director
forever.

Do you have any guilty pleasure hobbies?
I’m obsessed with knitting. And heroin.

What’s a lie your parents told you that you believed for a long time?
I love you.
(Editor’s note: he’s joking; he was sitting on his mother’s lap the whole interview.)

What’s the worst advice you’ve ever received?
That this interview was good for my career.

Tell us about a time when you put your foot in your mouth?
See above.

Do you pick your nose?
Hells yea. Any self-respecting person clears the bats out of the cave.

Whoa… heavy ending, right? He must have gotten a little moody. I hope y’all enjoyed this little foray into the mind of a comedic genius performer. Until next time – please keep supporting live comedy!