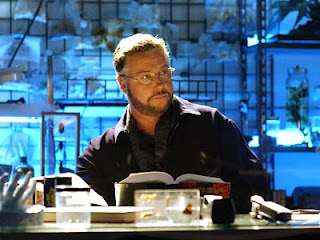 I’ve done some very regretful things in my life.

Downloaded an S Club 7 CD
Stayed up late to watch a John and Kate Plus Eight marathon.
Bought a Gamecube way past the time it was cool.
Thought a Gamcube was once cool.
For one day, I was Team Heidi.
High Fived a blind man….oh wait that wasn’t me.

And I’m sure countless others that I have paid a lot of money to not think about every again.

But tonight, I added another one to the list.

I Tivo’d CSI.
I mean sure it’s not as bad as CSI:Miami, but I’m proud to say that I’ve never watch more than a handful of the highest rated show on television. But I’m a sucker for a good goodbye and I didn’t want to be the one person in North America who didn’t see Grissom’s goodbye. (Okay so I just did some research and I guess Grissom is the head guy….)

I guess it comes from my childhood…..ah never mind, you don’t want to hear my issues with wanting to belong. That’s what therapy (or red wine) are for.

Annnyyyywwaaayyy, I haven’t watched the episode yet. I’m going to save it. I’ll wait to hear what people have to say about it and then I’ll see if I’ll check it out or not. Man, I can’t believe I’m actually going to watch an episode of CSI.

What’s next? Going to a Nickleback concert? Haha. I’ll never be that desperate to fit in.