Got some stress to relieve? Check out Calgary’s rage room!

If you’ve ever felt like you’ve needed to get something off your chest, but know it’s probably not appropriate: Meet the rage room.

If you’ve ever felt like your heartbroken and you needed to relieve some anger: Meet the rage room.

If you’ve ever been so stressed that you can’t take a deep breath: Meet the rage room.

Earlier this week, some friends and I needed to blow off some steam and decided to check outÂ Thundrdome Amusement‘s rage room.Â  Â I had heard about the rage room a few times, but it’s one of those things that unless you just book it, you’ll never get around to doing it, so I was thrilled when my friend sent me the reservation. 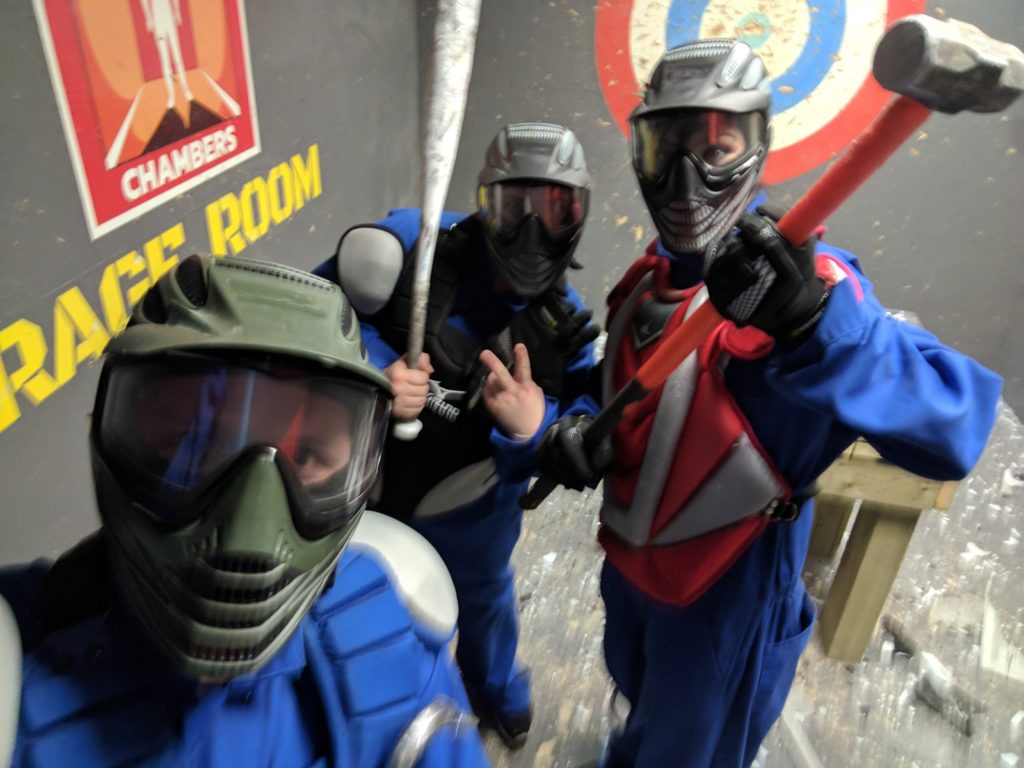 Located pretty close to the Calgary’s Farmers Market, the rage room is just one of the activities you can do at Thundrdome Amusements. There’s also combat archery and turf wars, which as far as I can tell involves hundreds of Nerf guns and a giant room to shoot your friends. Sounds like the best birthday party to me.

But the rage room is really unique and so much fun.Â  Me and my two friends went in for about 45 minutes and were given a computer monitor, keyboard and some dishes to smash and boy did we smash them. You’re also provided a few different “weapons” like a sledgehammer, hammer, crowbar. It’s basically like real life Double Dragon. I think at first we were a bit hesitant because it just goes against everything how we’re taught to behave, but once you start smashing, it’s hard to stop. I think one of my favourite parts was throwing dishes against the wall.Â  You can practically hear your mother yelling at you, but then you just turn the music up to drown her out.

Prices range from $20 a person to $100, depending on if you bring stuff, or how much stuff you want provided.Â  We had a blast, but the idea of bringing stuff seems like it would be extra special. Apparently there was once a couple that was divorcing and brought some stuff to smash together. Now that’s a conscious uncoupling.

We’re already planning on when we are going to go back and more importantly, what are we going to smash!