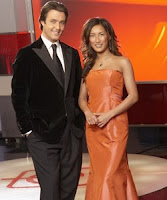 Things aren’t looking good for the Canwest Global as of late and the news is getting worse. Â The ratings for Canada’s Oscar coverage was just released and CTV’s Etalk shin-punched Global’s ET Canada by more than 21%! Â Ben Mulroney, Tanya Kim and my friend Lainey also won in the key demos (Adults 25-54 and adults 18-49)! Â Etalk’s Oscar coverage also scored the show it’s highest ratings of the season! Â Crazy!
While these numbers aren’t Â a complete domination, it’s probably not the news that Canwest wanted to hear! Â Maybe they should hire a certain bald headed blogger as aÂ correspondent….
Come on Campenelli get your act together!