Glee is back! Is it too soon? 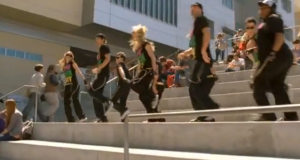 Remember when Glee premiered last year and a small group of people rallied to save the show?Â  It was the amazing “little show that could.”Â  Now Glee has completely exploded and everyone knows about it.Â  The flip side of the coin is that people who haven’t even seen it yet are sick of it.

The show will be back on Global TV in just a few week on and they’ve just released the first preview of the show’s second season.Â  Looks promising, but that probably doesn’t mean a thing!

As an example of how huge this show, watch how many blogs post this video today.