Give the dancing a rest and let’s get RACING! 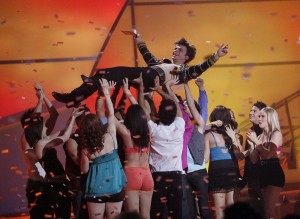 On Sunday night,Â Â  Denys Drozdyuk was announced as the third winner of So You Think You Can Dance Canada!!!Â  I added the extra exclamation marks to feign excitement for a show that at season three is already past its prime.

Nothing against the show itself, I just wonder what it really contributes to Canadian TV?Â  It is essentially the same as its american counter part, the winners leave a very little mark on the pop landscape and CTV is still limiting itself by sticking with a very tired brand.

So what should they be doing instead?Â  Say it with me: THE AMAZING RACE for Canadians!Â  Seriously, why has no one picked up this series for a Canadian run yet?Â  Last week’sÂ  american edition raked in more than three million viewers! That number is almost unheard of, especially for a show in its seventeenth season!

I’ve said this before but if the network is worried about the cost, just tag behind the american racers as they are filming their season.Â  I’m sure CBS wouldn’t mind doing cost sharing.Â  Plus Canadians won’t really care if they’ve seen the challenges before, just as long as it is Canadians doing it.

So that leaves just one question:Â  Who should replace Phil Keoghan?Â  For the love of CTV synergy, please let it Seamus O’regan, we all know no one could do it better.