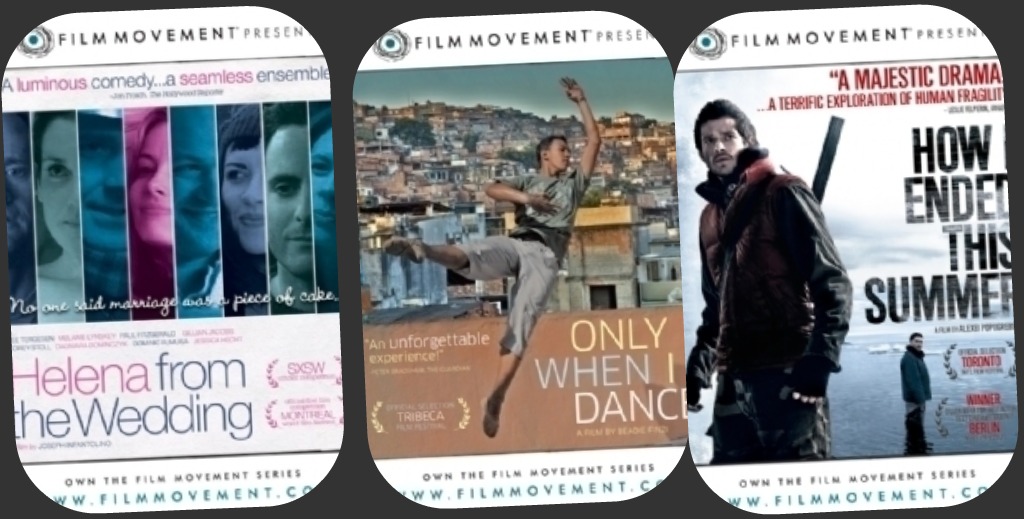 Is it Day Four of Mike’s Bloggity Blog’s Gift A Day Giveaway already?!Â  Wow how time flies when you are giving away fun prizes! The response has been overwhelming and I’m happy to announce that the officially extended the Gift A Day Giveaway to fifteen straight days! Â  (And yes, for those of your asking, there will be more prizes on Saturday and Sunday too!Â  The giving doesn’t stop just cause it’s the weekend!)Â  If you think you’ve may have missed some of the giveaways, you can always click this handy link!

Today’s gift is from an amazing website called Film Movement!

Everyone loves the movies, right? Now imagine being able to give someone you care about an award-winning independent or foreign film every month, to own, with a simple one-time subscription. Film Movement is the innovative DVD-of-the-Month Club that delivers a brand new feature film, straight from the worldâ€™s most prestigious film festivals, right to the comfort of the lucky recipientâ€™s living roomâ€”BEFORE theyâ€™re in movie theaters!Â  It’s like Columbia House but cool and a lot less shady!

Since you couldnâ€™t make it to Toronto, Cannes, Sundance or Tribeca film festival this year, just sit back and let Film Movement bring the festival to you. Canadian memberships are available in 3, 6 and 12 month subscriptions and cost less than the price of a movie ticket each month, making it the perfect low-cost, high-impact gift! Visit www.filmmovementcanada.com to learn more or subscribe!

Okay so you wanna win something, right? Maybe you love movies but hate going to the theatres?Â  What about for that film-snob on your gift list?Â  This prize is perfect for them!Â  I’mÂ  giveaway aÂ  6 month subscription to Film Movement! It’s worth about $85!

How to Win:
Two ways to enter, each one will get you an entry to a maximum of two entries per gift!Â  All entries must be received by Sunday, December 19th at Noon/MST

1) Head on over to the Film Movement website and browse their library. Then come back and tell me which movie you’d love to watch from the comfort of your couch!
2) Tweet â€œIâ€™m going to win a six month subscription to @film_movement from @mikesbloggity. http://ow.ly/3mu1w #bloggitygiftsâ€

Gift A Day Rules:
1) Gotta live in Canada.
2) Two entries per contest.
3) I canâ€™t guarantee prizes will arrive by Christmas.