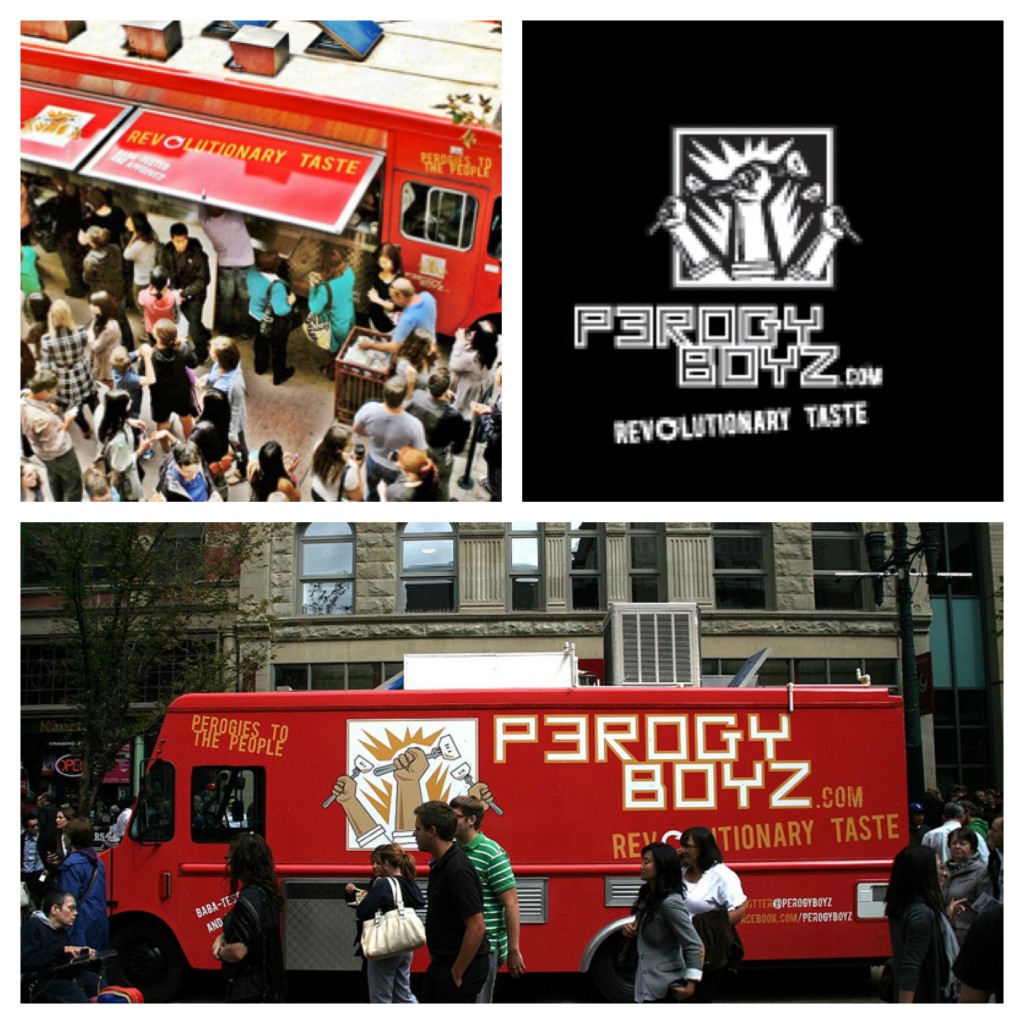 Today’s Gift A Day Giveaway is for anyone that loves food, more specifically, FANTASTIC food.

Across the country, Food Trucks are all the rage right now, so what would you say if one showed up to your front door and threw a special party for you and eleven of your closest friends!

Today’s Gift A Day is Perogy Boyz Party for 12 people! They’ll come to your house or office and stuff you full of Eastern European Street Food.Â  Okay, it’s actually only for 11 people because I’m obviously coming.Â  What?Â  No?Â  Fine.Â  If you win, you have to at least send me pictures.

If you haven’t had Perogy Boyz yet, they are simply amazing.Â  Right before your eyes they make some of the most amazing perogies, borscht and sausages you’ve ever tasted.Â  Even cooler, the food truck has just launched Perogy Boyz gift cards that you can buy in denominations of $25.Â  Helllllooooo stocking stuffer or Secret Santa!

Please note: It’s a prize that has to be redeemed here in Calgary, BUT who doesn’t live or know someone who lives in Calgary, right?!Â  (Or why not make a trip out of it, especially during Stampede!)

1) Leave a comment telling me if you could invite one celebrity to your Perogy Boyz party, who would you invite and why!

2) Second entry can be done on twitter. Tweet: â€œI want the @perogyboyz to come to my house and feed me and my 11 friends! @mikesbloggity http://ow.ly/7W14H #bloggitygiftsâ€