On Wednesday night, CBC will toast the holiday season with a special episode of Dragon’s Den. The festive-themed episode will see the Grinches and Scrooges take on entrepreneurs hoping to get a mistletoe of a deal. Has holiday wrapping met its match? Will a new seasonal light dazzle the Dragons? And it is Hockey Night in the Den with an original sporty belt. 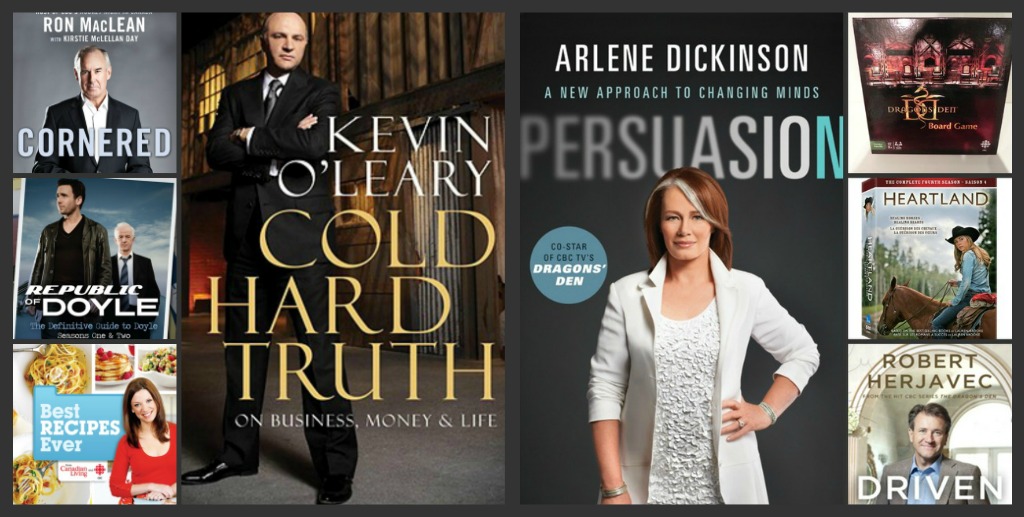 To help celebrate the episode and CBC’s 75th anniversary, Gift A Day Giveaway #10 is for the CBC fan on your list.Â  Actually today’s giveaway is so huge, it will be sure to stuff more than one person’s stocking this Christmas!

1) Leave a comment telling me which was your favourite CBC show of all time.