Getting Risky with Brett Wilson! 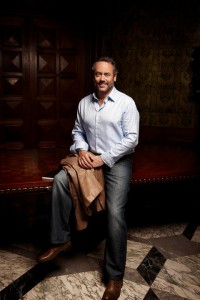 Brett Wilson fans rejoice!  We’re now only a few weeks away from the launch of the Wilson’s new show on the Slice network called Risky Business.  The former Dragon’s Den Dragon has been promoting his show all summer via Twitter and Facebook, and fans of the show’s Facebook page are now getting a special sneak peek with three interesting webisodes.

Click here to watch Wilson talk about some of his best..and worst investments.

Risky Business will be hosted by Brett and will follow a couple of novice investors – ranging from a father/son to husband/wife to best friends – as they entrust their savings to one entrepreneur on the promise of turning a potentially hefty profit in only 30 days. The show’s concept alone is giving my stress hives, so I’m excited to see if the producer’s can pull of an exciting show.

No doubt CBC will also be watching to see if they made a mistake letting Wilson go from their popular show Dragon’s Den. While never as dramatic Kevin O’Leary or emotional as Arlene Dickinson, Brett certainly filled a niche fon Den, so it will be interesting to see which show will come out on top…or maybe both will huge successes. After all, if anyone knows how to make good TV, it’s these guys.