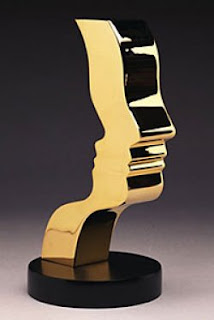 Who knew the Geminis would take three nights to give out? This past Monday and Tuesday were the first two nights of the awards in Toronto and the third night, the one that is televised, will take place in Calgary on November 14th.

So far, going into next month’s Gala, CBC’s The Tudors leads with four trophies, while CTV’s Flashpoint has picked up three.
I’m also afraid that many of you don’t know what the Geminis are, so here is a little refresher: The Geminis are the equivalent of the Emmys in the USA. They reward the best in Canadian Television. Make sense?
Some of the winners so far that you actually might know/care about so far include:
Best Talk Series: The Hour with George Stroumboulopoulos (CBC-The Hour)
Best Live Sporting Event: 2008 Beijing Olympics (CBC Toronto) Trevor Pilling, Don Peppin
Best News Information Series CBC News: the fifth estate (CBC) David Studer, Sally Reardon
Best Newscast CBC News: The National (CBC) Mark Harrison, Mary Mather, Heather McLennan, Fred Parker, Greg Reaume
Gemini Humanitarian Award: Susan Hay. I’m pretty sure I was robbed.
Best TV Movie Elijah (Anagram Pictures Inc., Eagle Vision (Manitoba))
Best Music, Variety Program or Series: So You Think You Can Dance Canada – Season 1
Unfortunately, one of my favorites, Anna Silk lost her first Gemini nomination. She was up for Best Performance by an Actress in a Guest Role, Dramatic Series, for her turn as Cassidy in Being Erica. The award ended up in the hands of Tatiana Maslany for Flashpoint. Ironically, Maslany also appeared on Being Erica as Dr. Tom’s daughter, Sara. You are a cruel, cruel mistress Geminis.