Geminis: More than kind for ‘Less Than Kind’

This year’s Geminis were a who’s who of the best minds behind Canadian television.

The big winner of the night was HBO Canada’s Less Than Kind, which walked away with three awards, including Best Comedy.Â  The Best Drama went to the UK co-production of The Tudors.Â  I’ve never heard of The Cupcake Girls but they won Best Reality Show over Dragon’s Den and This House Has 22 Minutes won for best ensemble performance.Â  Flashpoint and Being Erica were essentially shut out! 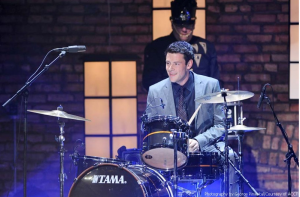 As predicted, host Cory Monteith played the drums instead of singing. Besides that, I’ve read nothing buy glowing reviews for the Glee star for his role as MC! 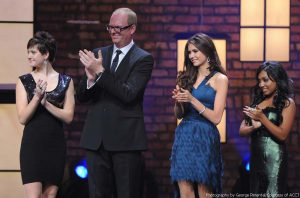 The highlight of the night may have been the Degrassi reunion that say cast members from the last twenty years gather together to celebrate Degrassi being named Canada’s favourite show!Â  It definitely got my vote!

Here’s the list of this year’s Gemini Award Winners: 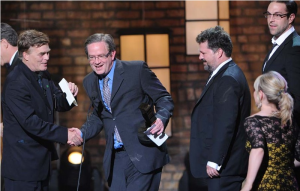