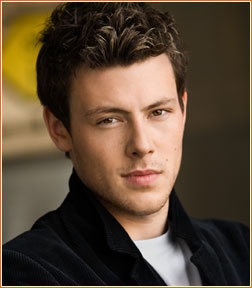 Tomorrow night is Canadian television’s biggest night of the year.Â  The Gemini awards never really seem to get the attention they deserve but this year might be a little different.

Glee superstar Cory Monteith has been summoned to host the show but Gleeks shouldn’t expect to hear him sing.Â  At last year’s Gemini awards in Calgary, where Monteith also made an appearance, I remember hearing that he wouldn’t be singing because his voice just wasn’t strong enough to sing live, so he played the drums instead.Â  I’m expecting the same this year but then again, maybe a year’s worth of vocal lessons have strengthened the Calgary-born star’s voice.

Speaking of musical talent, producers have also secured quite an impressive line-up of singers who will be performing during the awards show.Â  Elvis Costello, Feist and RonÂ  Sexsmith are all now scheduled to perform.

For me, the night’s highlight will be the special tribute to Degrassi.Â  Some of the alumni expected to make appearances include Nina Dobrev, Stefan Brogren and Amanda Stepto, Adamo Ruggiero, Cassie Steele, Lauren Collins and Melinda Shankar.Â  Plus, since the awards are in Toronto, I’m sure you can expect a LOT more of your Degrassi favourites to get the night off from waiting tables to show up.

You can expect some of the night’s biggest winners to include The Rupublic of Doyle, Flashpoint, The Vancouver 2010 Olympics and hopefully Being Erica and MTV Live.

The Geminis air on Global and Showcase on Saturday night.