After months and months of announcements, casting calls and spoilers, we are now on the eve of Canada’s first ever Amazing Race! Even though it was announced a few months ago, really, it’s been nearly 13 years that Canadians have been clamouring for their chance to race around the world. And while our inaugural season will have some differences, like the fact that the teams are only racing around Canada, the few clips that I’ve seen, looks like the show really will be top notch! But before we get to the race, let’s meet the teams, shall we? 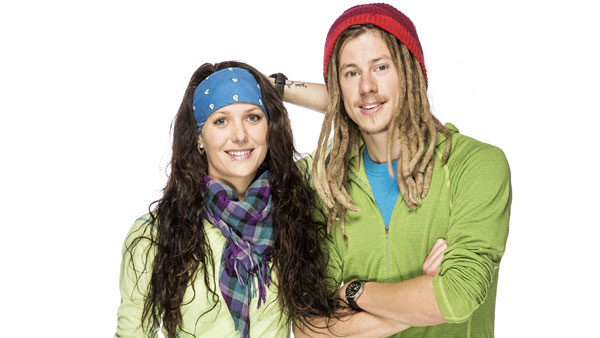 The first team is Kristen and Darren, who, if I could be so forward, seem like their going to be a little annoying. The couple are avid outdoor enthusiasts (hippies) in top physical condition (hippies) from British Columbia (hippies), who share a passion for positive thinking (hippies) and a love of all living things (hippies.)Â  Iâ€™m surprised that they even auditioned, because they totally seem like a couple that feels the need to tell you that they donâ€™t own a TV, so theyâ€™re not sure what a Greyâ€™s Anatomy is.Â Â  Theyâ€™re so annoying that theyâ€™re one of those couples that has a shared Twitter page.Â  Ugh. Only thing worse than that is a shared Facebook page. 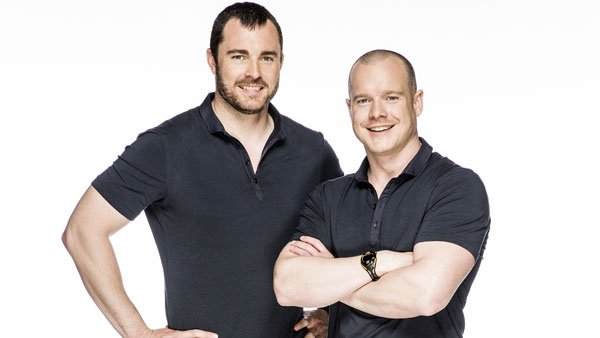 Meet buff brothers Jody and Cory, who are a Canadian Forces veteran from Ottawa andÂ  a Labour Relations Officer from Edmonton, respectively. Jody was a sniper for the Canadian forces, and while on duty in Afghanistan in 2007, he stepped on a land mine and lost both his legs below the knee.Â  One year later he was running 5kms charity runs, which I canâ€™t do and Iâ€™ve never been severely injured. It sounds like his brother works in a union, which makes them an incredibly strong team, but if there is someone who doesnâ€™t know how to give up (for better or worse) itâ€™s someone in a union. 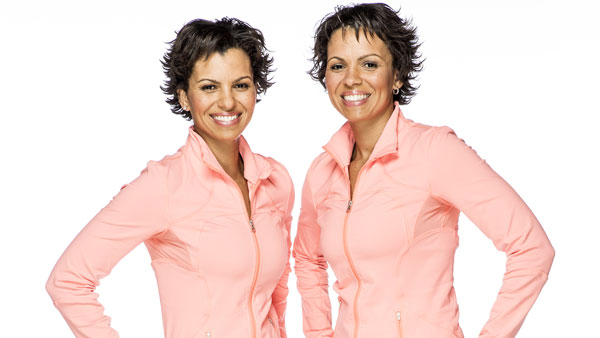 Hamilton-based twin sisters Treena and Tennille might be the most unassuming team on the race!Â  One of them is a police sergeant, the other a tax auditor. The team will probably be dismissed by the other teams, because they don’t look like a threat, but since their strengths seem to make them a team that Superman might think is formidable, you might want to keep your eyes on these two. 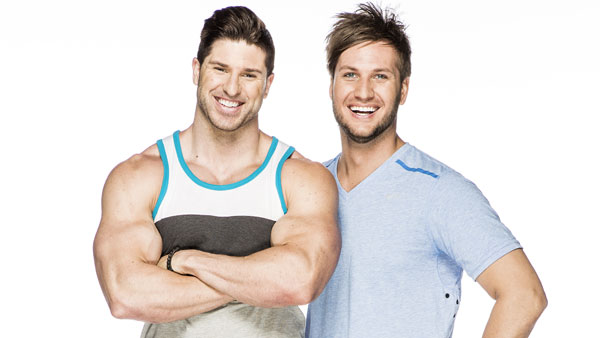 First things first, the guy on the left?Â  His name is Jet Black. Guys, Jet Black!Â  That’s amazing. It should also come to no surprise that on his bio, he said that he can’t live without his protein shaker.Â  I don’t even know what that is, but I’m not surprised he wants one. His teammate is Dave, who is a national champion cheerleader!Â  Bah!Â  This might be my favourite team on the race.Â  I want to hate them because of the potential they both have for perfect hair, but I can’t wait to see them get really dirty and maybe get scared doing the challenges.Â  If there is a chance to see a muscly man cry, I’m in. 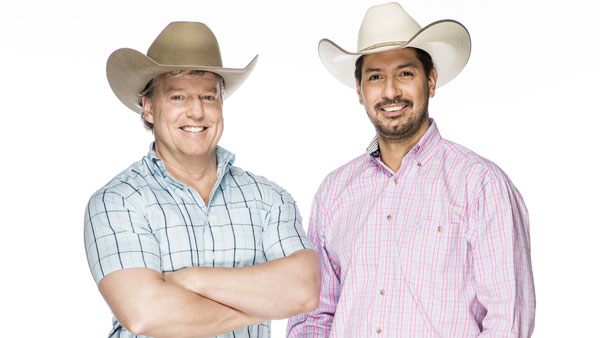 It should come to no surprise that cowboys are representing Alberta. Even though the profession makes up only a very small portion of the province, they also happen to be Alberta’sÂ  unofficial mascot. But what is a surprise that producers picked to gay cowboys!Â  Now that one I didn’t see coming. Jamie and Pierre are best friends who are both board membersÂ the Alberta Rockies Gay Rodeo Association.Â  Yes, there is such a thing.Â  The one thing about cowboys, no matter if you’re gay or straight, you have to be tough. I actually went to the gay rodeo a few weeks ago and can confirm that those guys are definitely tough.Â  I expect nothing less from these two.Â  Plus, their bio implies that they’re hilarious, so look to them to add a little colour to the race. 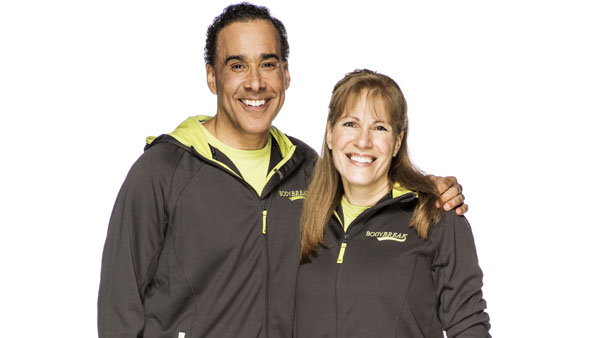 Yes, the rumours of Body Break joining the Amazing Race are true!Â  Hal Johnson and Joanne Mcleod, who famously starred in dozens of health-conscious commercials that seemed to only air when you were eating deep fried chicken are definitely the most famous faces on the races, but will that help or hinder them? On one hand, they are in shape (obviously), so the challenges shouldn’t be too hard.Â  But will the other teams team up to get Body Break out first?Â  After all, most contestants will have the idea that Hal and Joanne are already famous and have money, so why do they need to win?Â  Plus, it’ll be interesting to see how one of Canada’s most famous couples react under stress and being out of the kitchen? Â 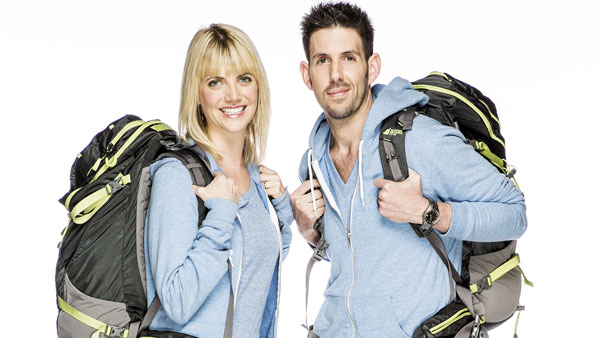 You know how you can always pick the team that is going to hate each other by the end of the first lag of the race? Meet Brett and Holly, the married pediatricians from Montreal. I don’t really have a particular reason why I think this couple will fight all along the way, except that there is always one team and by the looks of it, producers think it might be these two.Â  If they don’t break up, they’ll definitely be that couple that “babe” or “baby” each other to death.Â  Plus, married pediatricians?Â  If it comes to who needs the money, other teams might work to get these two out, stat! 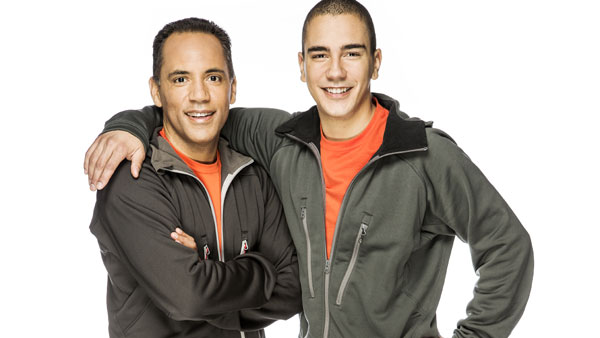 I think I might already be rooting for this father-son duo from Winnipeg who have a great story and look oh so likable!Â  Tim Sr. and Tim Jr. will be battling more than just the other teams, a few years ago, Tim Sr. was diagnosed with Parkinson’s Disease. Even though Tim jr. is only 23-years-old, he’s married, so teams like the ones below won’t be a distraction.Â  If they can stay friends the whole time, this fit and energetic team might be the one to beat. 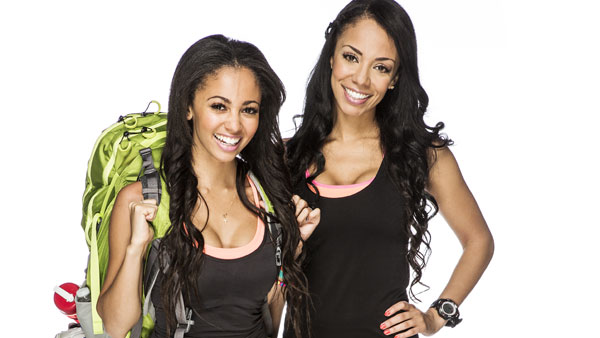 Anyone else want to wager that Vanessa and Celina will be the first team eliminated?Â  I’m not being mean, but any team that says that other teams will underestimate them because of their looks, really has no idea what the race is about. While I do have respect for any 30 year old who is a professional bikini model, I just don’t see Celina and her former Degrassi cast member and sister Vanessa making it very far.Â  (On another note, CTV just couldn’t help but cast someone from some of their shows, eh?)

Prediction for the finals:
Tim and Tim
Jody and Cory
Treena and Tennille