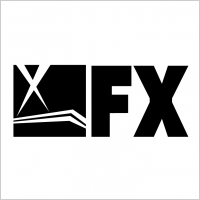 Well this is very exciting. On Friday, the execs behind the US station FX announced that Canadians will soon have an FX station to call our very own!Â  FX Canada will debut on November 1st.

If you’re not familiar with FX, that’s okay, because I bet you’re very familiar with most of their programming.Â  The network is the same one that is behind some of favourite shows including: Sons of Anarchy, Justified, It’s Always Sunny in Philadelphia, The League, Louie, Archer, and FX’s newest hit comedy series Wilfred.

Perhaps the best news is that we canucks will also beÂ  treated to the new Ryan Murphy (Glee) series called American Horror Story that stars Connie Britton (Friday Night Lights), Dylan McDermott (The Practice) and Jessica Lange. The show is a modern day horror story made for television, and the critics are already gushing over it.

Here’s a rather creepy tease at the series:

As Bill Brioux points out, FX Canada coming to this country does spell trouble for some of the networks that have regularly carried FX content on behalf of the american network. The Movie Channel, Showcase and Super Channel will now all have significant holes that it will be left to fill.

I think what I’m most excited about is that now we’ll finally be caught up with so many of these great shows. All too often we are forced to wait months or years after the show premieres in the States and in this day in age, it’s almost impossible to avoid spoilers.

What other American networks do you wish we had access to?