From This Moment On: Shani’s Back! 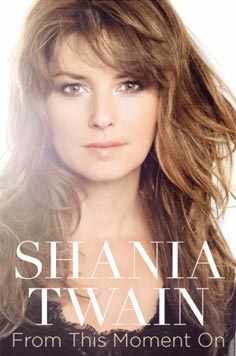 This may shock you to hear but I don’t read a lot.Â  I know, I know, the constant grammatical errors, missing words and countless spelling mistakes on this blog should have been a big hint but just in case they weren’t, I have to be truthful and admit that I need to start reading more, I mean besides Entertainment Weekly and the back of Froot Loop boxes.Â  Yeah that’s right, I still enjoy the odd bowl of kids cereal.

It’s still months away but if there is one book that I’m going to read this year, I already know that it is going to be Shania Twain’s autobiography, From This Moment On. In what I can already tell is going to be a huge comeback year for the country singer, her autobiography might just be the icing on the cake.Â  I don’t know about you but I have so many questions that I hope the book answers!Â  I want to know about her rise to stardom, the decisions she did and didn’t make and most importantly and how awkward was that first dinner with her new husband’s ex-wife!Â  I’m really intrigued about Twain’s decision to move on so quickly to her second marriage and also why she chose to live in Switzerland and if she still feels Canadian. OH! So many questions.

And these are just the ones seeing the just released new cover conjures up.Â  I’m not sure how I’ll be able to handle Shania’s reality show on OWN and her upcoming appearance at the 40th Annual Juno Awards where she’ll be inducted into the Canadian Music Hall of Fame.Â  Not bad for a woman that has only released four albums! (Can you believe it’s been nine years since she released UP!Â  That seems insane. )

I’m not sure if anyone else has done this but I’m officially over the moon to declare that Shania Twain is back!Â  Not a moment too soon.