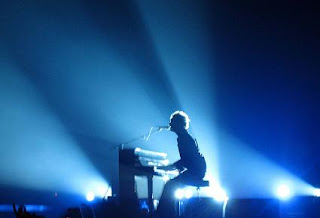 When in a recession, what should you do?
Give things away!

Coldplay just announced that they are going to be giving away for FREE a live CD, LeftRightLeftRightLeft, at every one of their remaining live shows in 2009!

So so so cool!

Starting with the band’s first North American tour date, at West Palm Beach in Florida on May 15th, every fan attending a show will be given a free copy of the nine-track CD! You won’t be able to pick up the CD in record stores though, but you will be able to download LeftRightLeftRightLeft as a free download on Coldplay.com.

According to the band, the give-away is meant as a recession-busting mark of gratitude to everyone who’s supported them: “Playing live is what we love. This album is a thank you to our fans â€“ the people who give us a reason to do it and make it happen.”

And in case your wondering, yes, I’m still pissed at ticketmaster for screwing me out of my ticket order. 10th row to nothing! I feel like a member of B4-4.