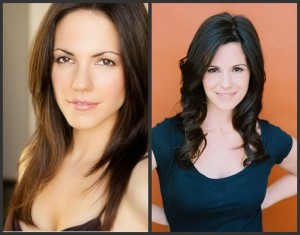 If you’ve ever read this blog before you know that I couldn’t be more proud about being from Fredericton, New Brunswick.Â  Not only is it a beautiful city, it is also the home of Kel, the second person eliminated from Survivor: Australia.Â  (Remember him?Â  The Beef Jerky Guy?).

Anyway, Fredericton is an amazing place and besides failed reality stars, it also has produced some of the most amazing talent this country has ever seen.Â  (Shockingly, I’m not talking about myself.)

If you want an example of what I’m talking about, make sure you check out tonight’s Being Erica on CBC.Â  The episode features not one but TWO Fredericton actresses who are eqaully making their way up in the ranks of the Canadian acting world.Â  Anna Silk (Lost Girl) returns to Being Erica as Erica’s lesbian friend Cassidy.Â  As I say lesbian not to identify her but to help you remember that she once tried to seduce Erica…topless.

Natalie Roy makes her BE debut as one of Sam’s best friends.Â  Interestingly enough, these two Fredericton natives don’t have any scenes together but it will still be so much fun to see actresses from New Brunswick on such a great show.

Now all the show is missing is a cameo from Measha Brueggergosman.

Want a fun fact?Â  Natalie Roy and I were co-students of the year when we graduated high school! 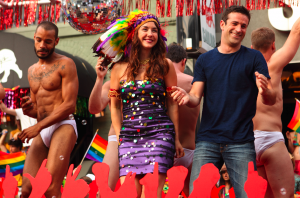 Tonight’s Being Erica promises to be a great one as the gang finds themselves thrown into the middle of Toronto’s biggest party: Gay Pride!Â  If I’m being honest, I was supposed to have my brand new Erin Karpluk/Adam Fergus interview to post for this episode but I’m dreadfully behind.Â  I promise to have it up by next week’s episode, mmmkay?