Fredericton get ready to rock…seriously! 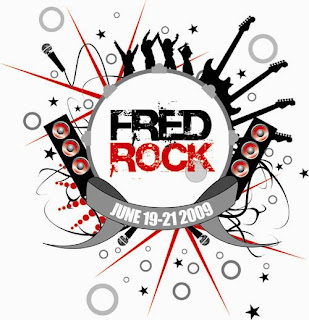 A couple months ago a heard a rumor of big rock festival coming to my hometown of Fredericton, NB. Â I didn’t much attention to it because, well Fredericton doesn’t really strike me as a town that likes to rock. Â After all they have a bylaw where no building can be higher than the cathedral steeple. Â

But this week, the organizers of FredRock announced that the rock festival is a go and that they have two huge acts ready for the first year of the festival….
The Black Crows and Live!
Now I’ll be the first to admit that they aren’t A-list rock bands anymore, but I am impressed none the less. Â The organizers seem to be doing an amazing job organizing event in spite of a city council that rivals that of the one from Footloose.
I’m not too sure if I’ll be able to go home for the big festival or not, but if you are in the area I hope that you find the time to check out the shows between June 19-21st, especially because a three day pass is only $89,99!
The organizers plan on releasing more of the acts over the next couple of weeks. Â But so fair it looks pretty good…..