Four things you definitely yell at the TV when you’re...

We’ve all done it. We’re flicking through the channels when we see Love it or ListÂ It is on. We immediately look at the time, because we know that each episode is pretty much the same, so depending what time it is in the hour, you can pretty much predict where they are in the episode. Â Pretty much the only people who don’t know how an episode works are the people who end up on the show. Â I mean, really. It’s like the couples on Property Brothers who are always shocked that they can’t afford the first house they see. Have you seen this show before? THEY ALWAYS SHOW YOU A HOUSE YOU CAN’T AFFORD! You’d think you’d watch the show before you agree to be on it!

But none of it matterS, because even though you say you’re only going to watch for a few minutes, before you know it hours, if not days, have passed and you’re still watching Hilary and David fake-fight. Â Curses, W Network! How do you do it?

Perhaps the best of Love it Or List is watching the couples continue to be surprised, even though each episode is basically the same. Here’s some things we all yell at the TV when we’re watching Love it or List It!

“David will always have to do a better job.” 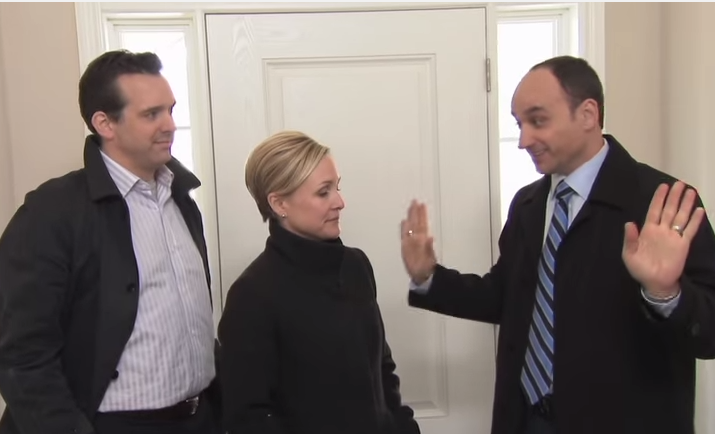 Can’t we just skip the first five houses you show us? Â We all know that the person that doesn’t want to move won’t like them. Plus, none of the first houses are even close to as good as the house they’re living in now. Are you even listening, David? Â The show would be five minutes long if the couple agreed on the first house they saw. 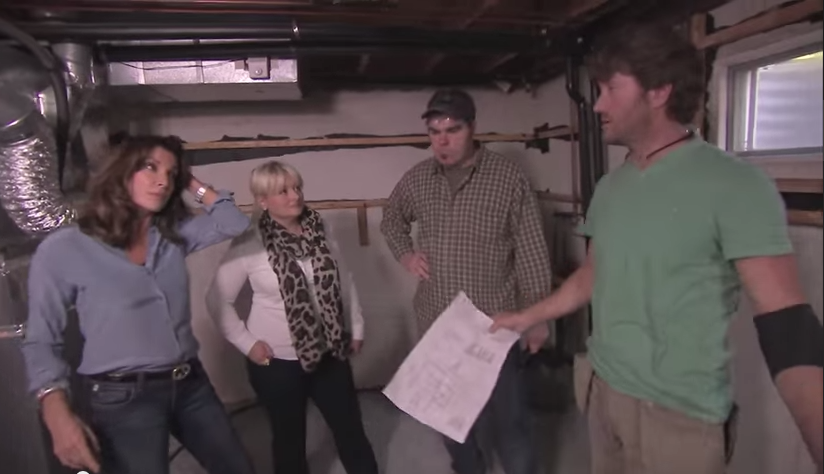 When producers inevitably call you to come to the house mid-renovation, don’t do it. It’s because they found a problem (there’s always a problem) and will need more money. When they’re doing the budget at the beginning, the homeowners should just be like: “That sounds great, how much extra money will Eddie need?”

“David will always come in over budget.” 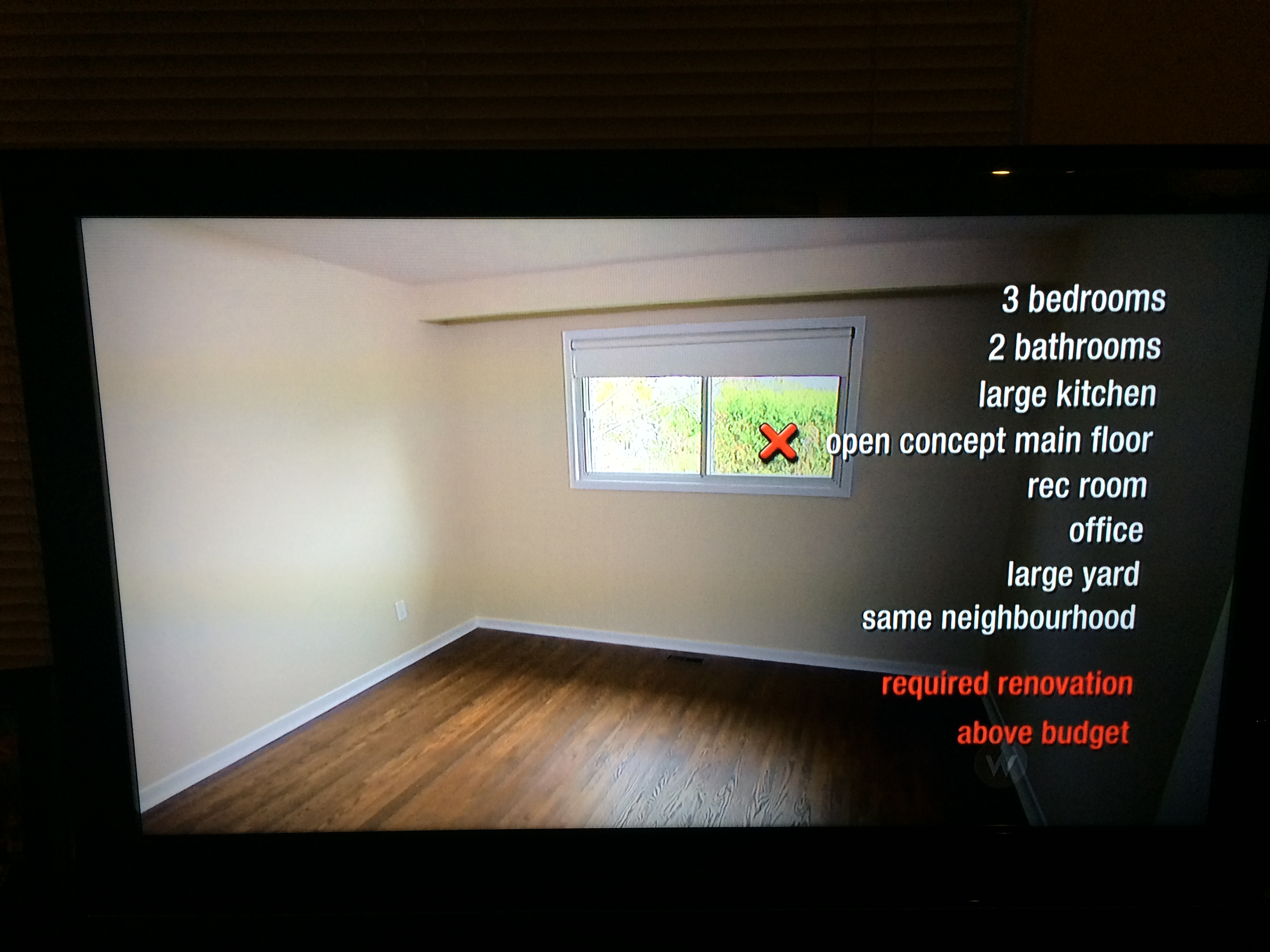 It’s because you’ve given him way t0o many demands. And you’re neighbourhood can’t be that good. I mean, seriously. Has anyone on this show been like, “Get me out of here, we’re living in the ghetto!” 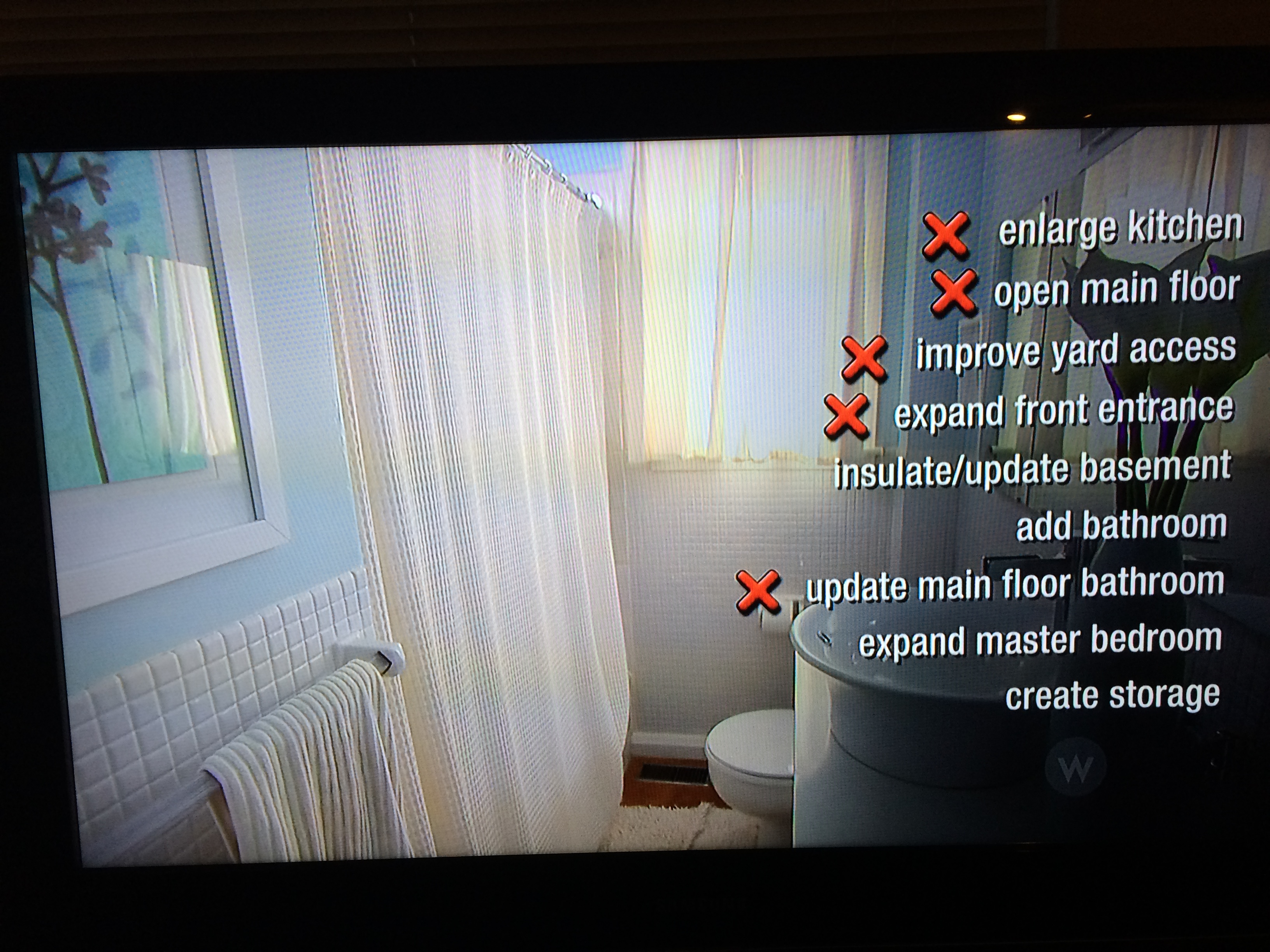 But you will love it, because she’s a designer. It’s her job. Â If you knew what you’re talking about, the house wouldn’t look the way it did before she got there. Are you a designer? No. Just listen to her already.