You feel that? Â The warm air? I think it’s safe to say summer is officially here in Alberta and what better way to celebrate than with a road trip or two?

Both Travel Alberta and I are encouraging people to take advantage of this province’s stunning province and explore every nook and cranny. Whether you’re tightening your budget, or your finding it trickier to travel with a growing family, Alberta’s summer offer something for everyone. Make sure you check out The Official Alberta Travel Planner for lots of tips and tricks.

For the past couple of years, we’ve been using much of our vacation days go on road trips around the province. Sometimes they’re quick day trips and other times, we go for an overnight stay in cool hotel or two.

One of the reasons I love road trips is because they’re easy on the wallet and you don’t need a lot to prepare. Just a full tank of gas and a sense of adventure.

For people in living in Edmonton, you can find cool finds in every direction, whether you’re looking forÂ quirky roadside attractions, local watering holes quaintÂ communities, hereÂ are some of my favourites! 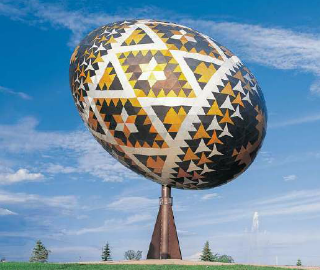 Most Albertans have heard of the World’s Largest Ukrainian Easter Egg in Vegreville, but did you know that there’s actually a whole road trip dedicated to seeing the “World’s Largest” attractions? 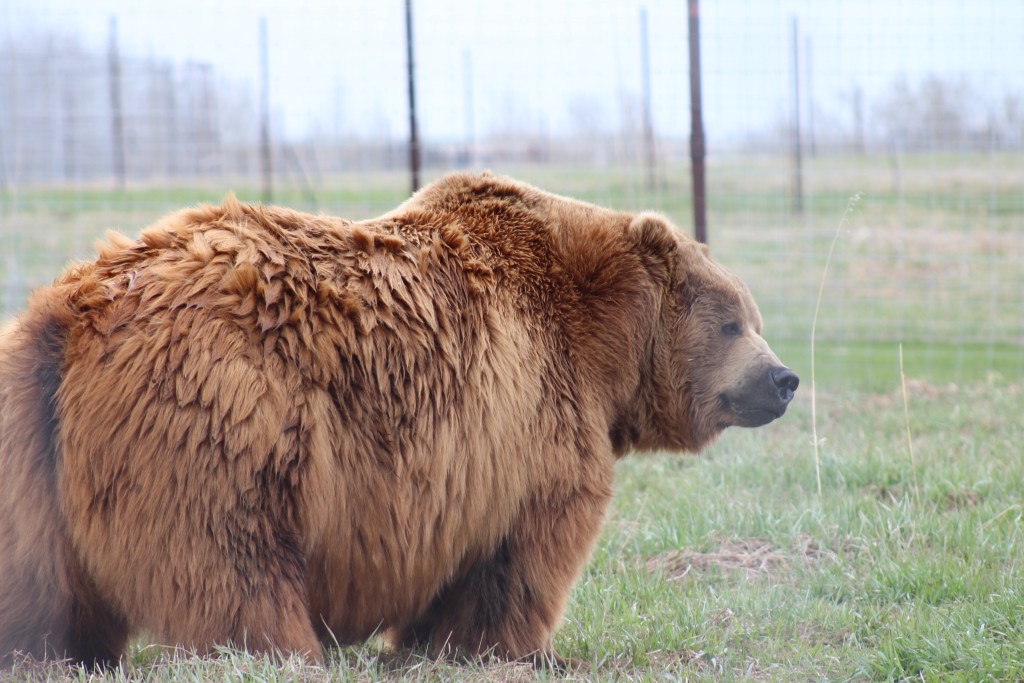 Lions, Tigers, Bears, oh my! Â Less than a two hour drive from Edmonton, you’ll find theÂ Discovery Wildlife Centre in Innisfail. It offers up one of the most diverse collection of animals, in a completely family-friendly environment that I think kids will beg to go back to time and time again. At least I have. The former family farm, is now a sanctuary for orphaned animals, including beavers, monkeys, wolves, jaguars and even a spirit bear. Â Some behind the scenes opportunities allow you to get up close and personal with the wolves and jaguars. There’s really nothing like it.

How do you tell your boyfriend that you let the wolf at @DiscoveryWild get to second base? pic.twitter.com/7Osf6BspHd

Living inÂ Calgary, I know there’s exciting road trips in every direction. And when asked, Â I always tell people that they have to check outÂ Dinosaur Provincial Park, which is different than Drumheller, which most people are familiar with . Dinosaur Provincial Park offers up great camping, and some really cool dinosaur digging experiences. There’s even an easy driving loop where you’ll find practically dinosaur skeletons still in the ground.

Stop by Brookes to see the aquaduct, which was an important part of Alberta’s agricultural history and a national historic site. Then continue on to Medicine Hat, which is in the midst of a fascinating revival. Â The small city is quickly becoming known for their fantastic coffee shops. They have six independentÂ shops within a few block of each other. And the recently refurbished Medalta Potteries is like stepping back into time. Â At one point, more than 75% of Canada’s pottery was produced here. 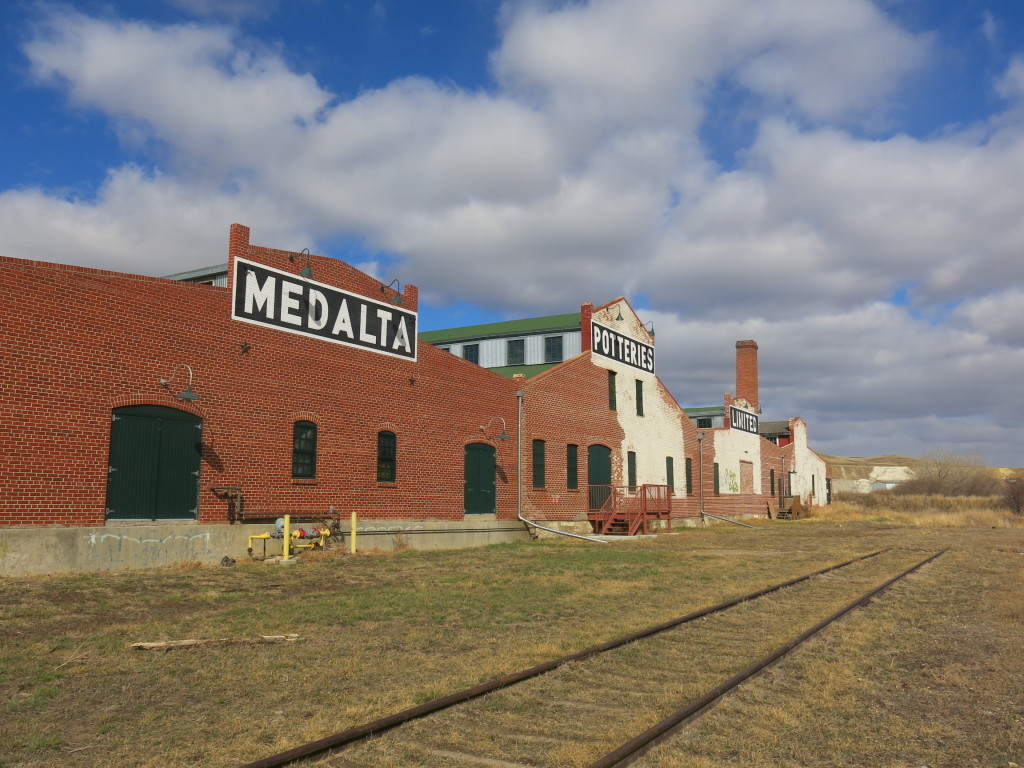 After you’ve had your fill of caffeine,Â check out Writing on Stone Provincial Park, which is another National Historic site. It features aboriginal rock carvings and paintings which date back 9,000 years! Â The area also features hundreds ofÂ Â hoodoos! 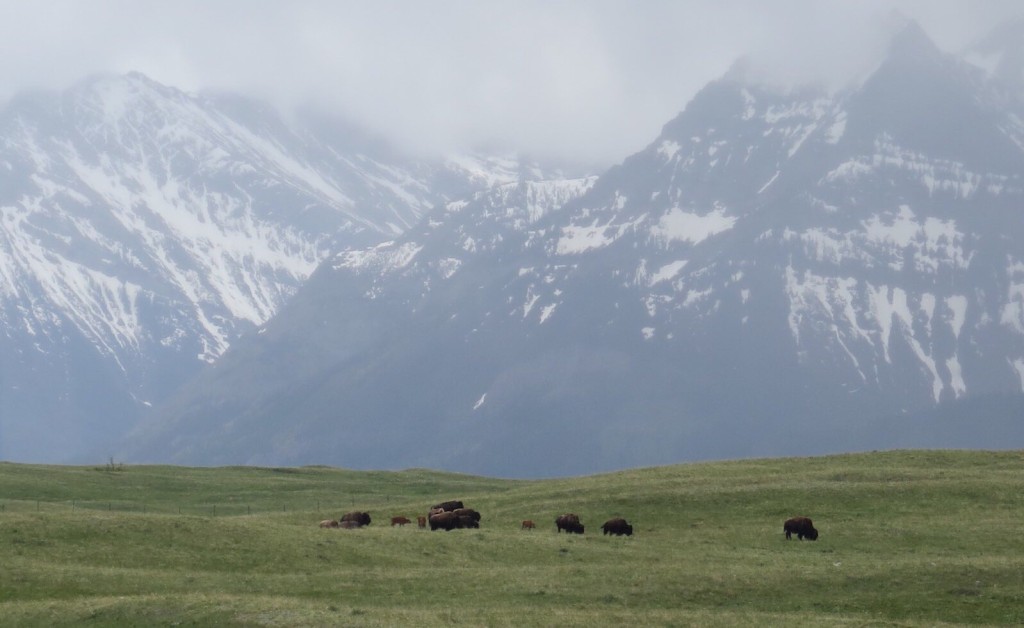 I’m also obsessed withÂ Waterton Lakes National Park. Â It’s a secret for Calgarians and they’d probably get madÂ at me for telling you all about it. It’s basically if tourists never found Banff. Â It sits on the shores of a beautiful lake, soÂ you’ll fall asleep to the sounds of the waves breaking against the shore, as you look up at the rocky mountains and millions of stars. Â There’s nothing like it. Â Make sure you swing by the BisonÂ loop, to see these magnificent creatures in their natural habitat. I also recommend the boat tour, the Bear’s Hump hike and, of course, Wieners of Waterton, one of the few businesses that stay open year round, even when the population of the town dips down to 40 people in the winter.

Meet some of the young entrepreneurs of Waterton like Max and John of @wienerton. #mywatertoneats pic.twitter.com/Ea5n3LxmK7

On your way back to Edmonton, pop into Nanton, which is one of those iconic Alberta towns, that actually has something for everyone. Â It’s famous for its antiques and candy shop, but I also just discovered one of their newest restaurants called Fieldstones Rooftop Espresso and Wine Bar, which has easily one of the nicest and most relaxing rooftop patios in all of Alberta. There’s really no better way to take in the prairie sky! 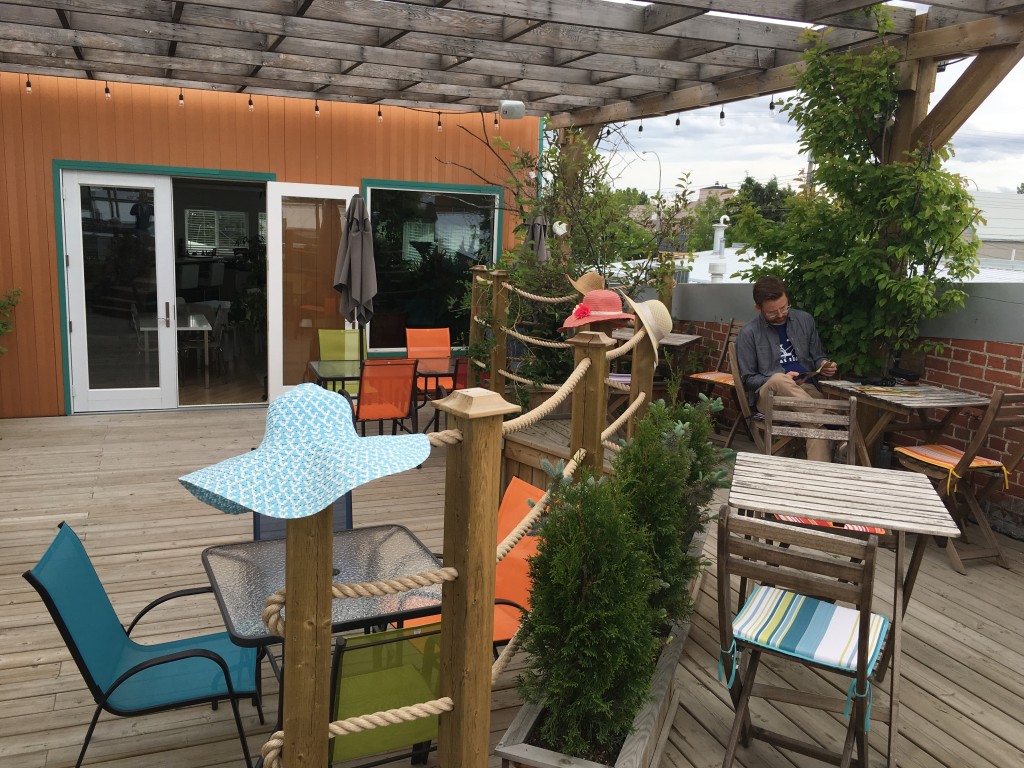 And last but not least, there’s Vulcan, which even if you’re not a fan of Star Trek is a must-see, especially since it’s the 50th anniversary of Star trek. The way this small town has taken it’s name and run with it is amazing. It features a museum dedicated to Star Trek, but even things like it’s city hall’s font is the same as Star Treks. You’ll sort of feel like you’re in a Star Trek amusement part, but really you’re in a quaint and peaceful town. We go once a year and it’s always fun…and I’ve never seen an episode of Star Trek.Â 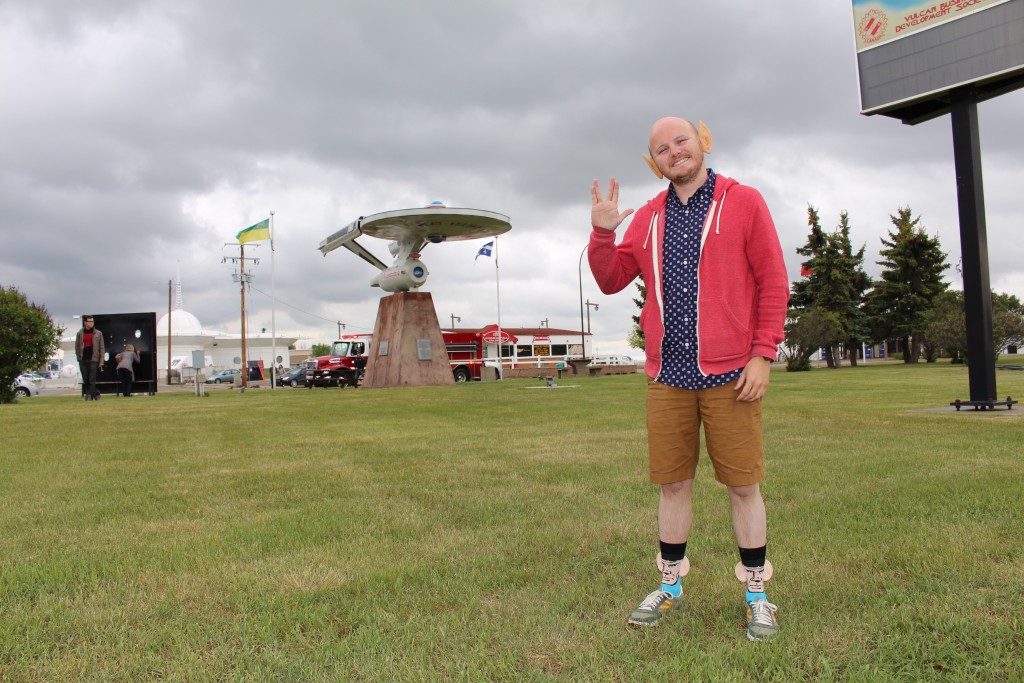 As Albertans, we often talk about our western heritage, but over the past couple of years, I’ve been more and more fascinated with our Scandinavian history. The Scandinavian Trail is an easy way of seeing some key places that have been preserved.

No visit to Central Alberta is complete without stopping by the Icelandic village of Markerville for some ice cream! pic.twitter.com/7BpKBanTlx â€” Mike Morrison (@mikesbloggity) July 27, 2015

For me,Â Markerville is one of my favourite stops in all of Alberta. Even though this town only have forty people living it, it’s rich in history and a perfect place to start your tour of the Scandinavian Trail. Â Settled by Icelanders in the 1800s, the current town features a refurbished Creamery Museum and the historic home of the Icelandic Poet Stephan G Stephansson.

Nearby, you’ll find the Danish Canadian Museum, which featuresÂ an authentic Viking Ship, as well as the Thomsen Pioneer Cabin, the Dagmar Pioneer Church, the Childrenâ€™s Garden of Imagination and over 5,000 artifacts in the Museum Collection. Â If you’re feeling peckish, enjoy authentic Danish cuisine at theÂ living history Saga CafÃ©.

There’s also the Dickson Store Museum, which allows visitors to relive shopping and living in the 1930â€™s at this unique museum built in 1909.