For the next couple of weeks, goats will be working...

The hills are alive with the sound of goats!

McHugh Bluff is long known as one of the most beautiful spots in all of Calgary. With stunning views of the skyline, the Bow River and the Rocky Mountains, it really is picture perfect.Â  But for the next 17 days, the picture will likely include goats. Lots and lots of goats. 130 of them to be precise.

It’s an odd sight, one that made me turn my bike around and go see what the goats were up to. Turns out, they are a part of a program with the City of Calgary that has the goats grazing on city parts as a means of weed control, instead of traditional means that would normally include chemicals and toxins. 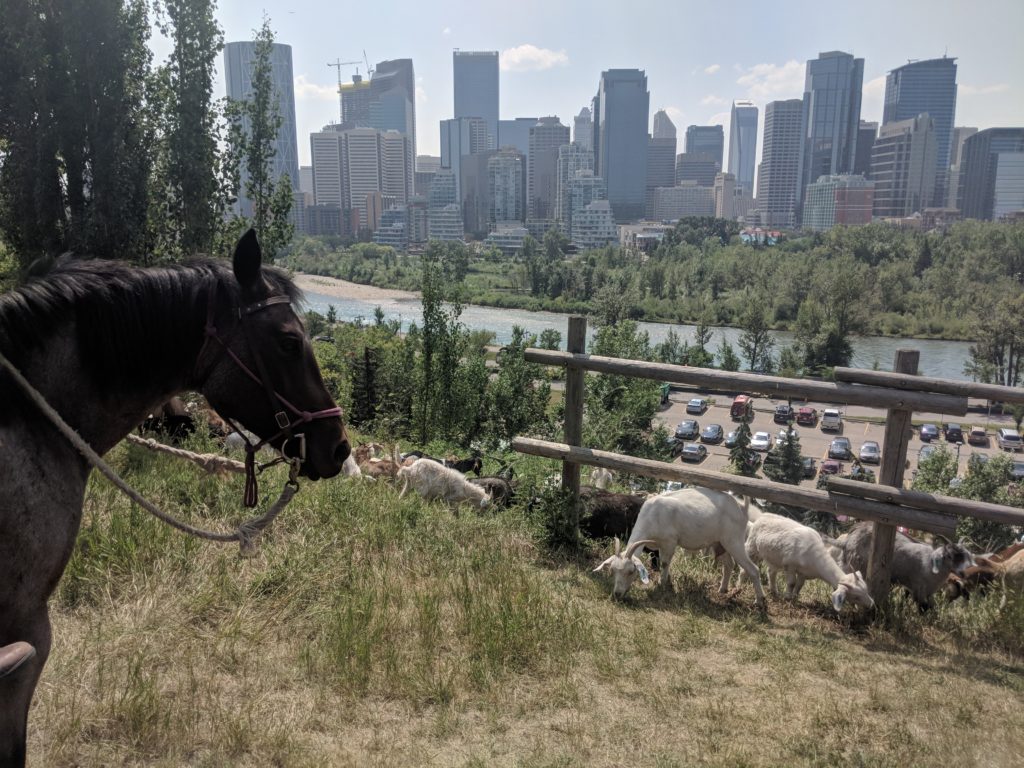 The city has been using goats since 2016, but this is really the first time that they are in such a inner-city park, where you can see them as they loom over the river valley.

The goats will be grazing in the park until August 16th, but if you’d like to meet them up close and personal, the City of Calgary will be hosting a meet and greet of sorts from 11:00am to 2:00pm on the McHugh Bluff. 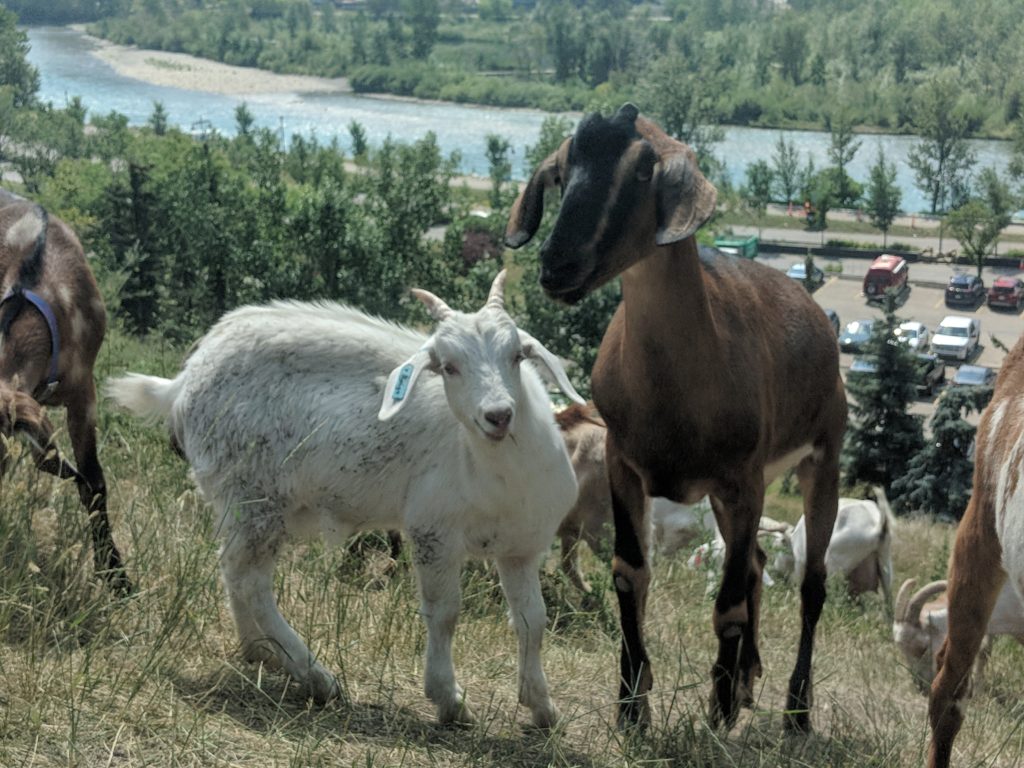 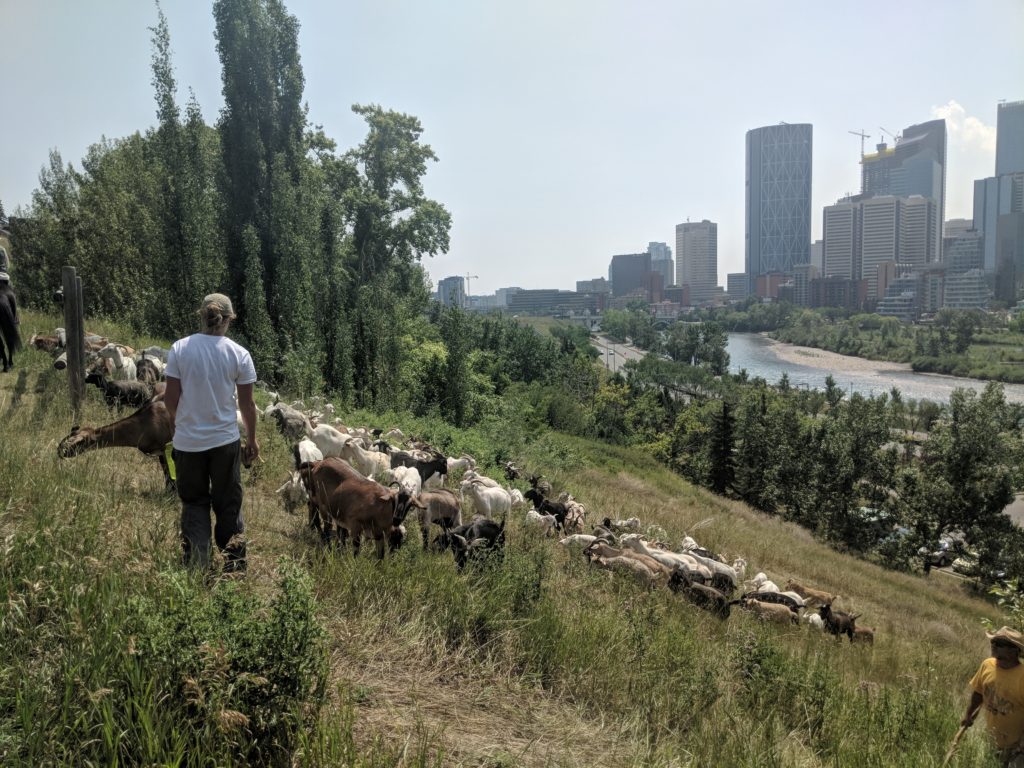