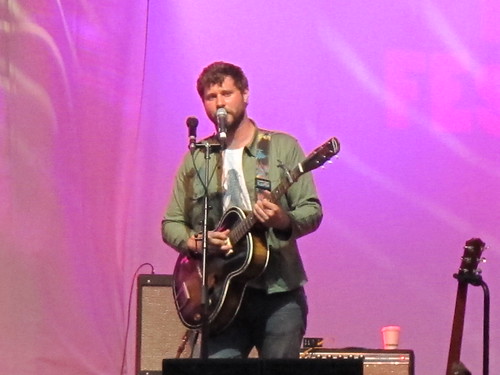 I told myself that I wouldnâ€™t write about the Calgary Folk Music Festival until my toes were completely free of mud. Yes, it took me this long. But now that my feet are as clean as a babyâ€™s bottom (ew), Iâ€™m happy to report that the festival continues to have a special place in my heart.

While Iâ€™ve lived in Calgary for almost seven years (!!!) this is only my third folk festival, which is interesting because this festival feels different to me every time. Of course, there are the things that are always the same. The incredibly diverse line up of artists, the amazing atmosphere (even after waiting in line for an hour, people were still in a good mood) and the beer gardens. Which, you think would be an easy thing for someone to love, but the Folk Festâ€™s beer garden is like a small community of people who love to chat, sing, dance and drink. Enjoying hours of good company under the sun and shade of Princeâ€™s Island Park is a text book definition of why Calgaryâ€™s summers are among the best in Canada. 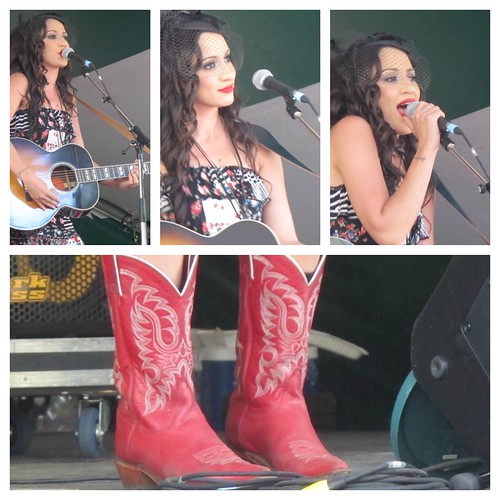 But what kind of entertainment blog would this be if I just talked about the beer gardens? Why not talk about my favourite find of weekend: Lindi Ortega! Lindi Ortega! Lindi Ortega! How have I not heard of this dynamite of a performer before? She first graced my ears this weekend when she was a â€œtweenerâ€ for the Main acts, her power house voice boomed across the entire island and I was stopped in my tracks. On Sunday, I made it a point to find her show and happily wasnâ€™t disappointed. Her mix of cute and sexy could be a cheesy act, if she didnâ€™t have the amazing talent to back it up. Now that Dan Mangan has neared the echelon of Canadian Music, I think itâ€™s time that I direct my attentions to a new artist and the choice couldnâ€™t be more clear: Welcome to Mikeâ€™s Bloggity Blog Lindi. You can ask Dan, but itâ€™s sorta like Single White Female, only with less hair. 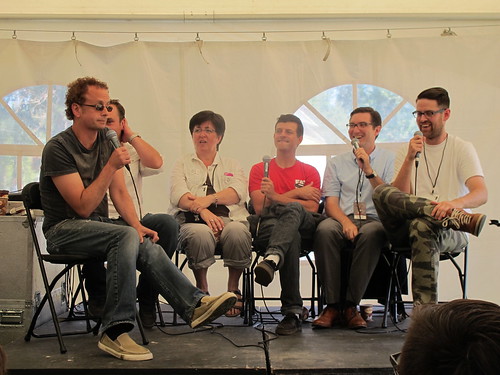 New to the festival this year was the Talk Tent. All weekend long, it featured comedians and musicians telling jokes, stories about their songs and creating interesting conversation. Besides giving audiences a chance to hear up close and personal stories from some of this countryâ€™s most talented performers, it was nice to sit in the shade of the tent and yes, laugh my butt off. One of the highlights was the live taping of CJSWâ€™s Am I Right? , which featured a bevy of comedians like Kevin McDonald, Chris Fairbanks and Cory Mack . I hope the festival decides to keep this tent, because, in more ways than one, it was definitely refreshing. 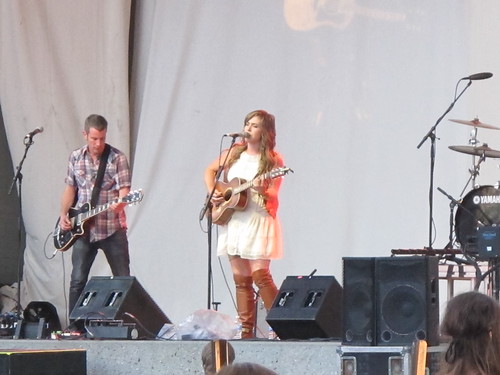 There was also a lot of talk about the Festivalâ€™s headliners,Â  which for many, with the exception of a few (Dan Mangan, Serena Ryder), didnâ€™t necessarily drum up a whole lot of excitement from some of the festivalâ€™s regulars. And I have to agree, the headliners werenâ€™t necessarily for me either.Â  Truthfully, I just didnâ€™t get what the big deal was about Jeff Mangum, nor did I have an ounce of excitement for Randy Newman or Mary Chapin Carpenter. Sure they’re names, but the slow and melodramatic nature of their performances seemed like a bit of a downer after a full day of â€œFolk Festinâ€™.â€ However, if Iâ€™m allowed to play Devilâ€™s Advocate for one moment, Iâ€™m totally fine with not loving the headliners. To me, the Folk Fest would be boring if it tried to suit every body. The thing about CFMF is that at some point, during the four days, there is lots to do, see, eat and drink for everyone. Having to be constantly amused and rewarded is a luxury that weâ€™ve become accustomed to do, and itâ€™s one that the Calgary Folk Music Festival doesnâ€™t have to honour. I will say that itâ€™s too bad that the festival couldnâ€™t convince (pay) Steve Martin to come one week later and take to the main stage. His mix of comedy and up beat bluegrass was exactly what the audience would have wanted.

Thanks to wonderful musical finds, the perfect venue and fantastic atmosphere, the Calgary Folk Music Festival should continue to be celebrated, even if afterwards, it does take you three days to clean your feet. 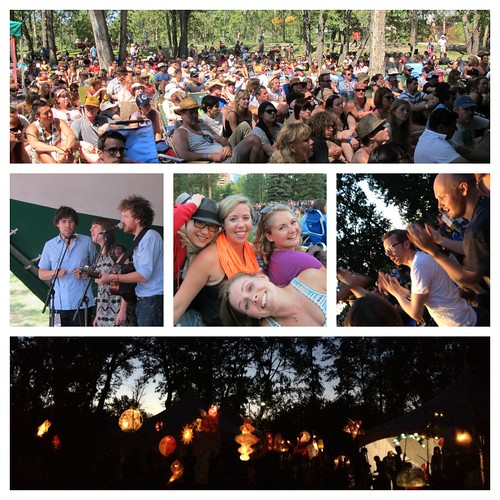