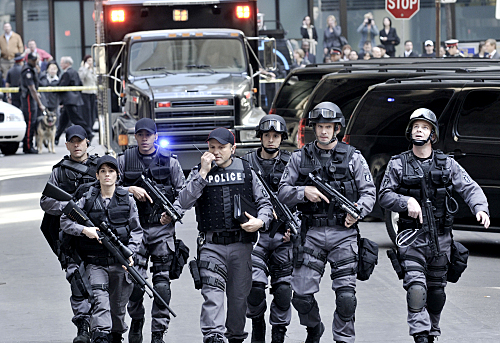 Well, it must be a day that ends with ‘y’ because another Canadian series is coming to an end.

CTV’s cop series “Flashpoint” will have one more season before going to the big jail in the sky. The network announced that the Toronto-shot drama will conclude after the production on the final 13 new episodes wraps up. The show’s stars Hugh Dillon and Enrico Colantoni certainly have a lot to celebrate.

Besides bringing in monster ratings from it’s first airing in 2008, Flashpoint was also the first series since Due South to air on an American network’s prime time schedule.Â  It aired on CBS for several seasons, before it was dropped and picked up by ION Television.Â  Also during its run “Flashpoint” won 11 Gemini Awards, including best drama series, best writing, best direction and best actor.

This summer, CTV will have the new medical series Saving Hope and The Listener will be back for season three too!Â  I’m anxious to see what else is on the development slate,Â  because one less Canadian series is never a good thing.