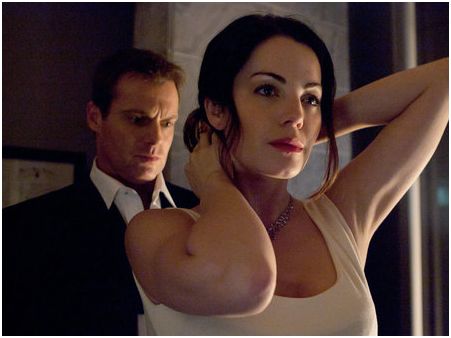 Last week CTV announced that they would soon be airing the final season of Flashpoint, which will inevitably leave a giant Canadian content-esque hole in their schedule. Well, fear not lovers of Canadian entertainment, Saving Hope is coming to, well, save the day…maybe.

Take a look at the first look of the ambitious new medical series:

Here’s the official synopsis:
When charismatic Chief of Surgery Charlie Harris (Michael Shanks, STARGATE SG-1) at Torontos Hope-Zion Hospital ends up in a coma, he leaves the hospital in chaos and his fiancÃ©e and fellow surgeon, Alex Reid (Erica Durance, Smallville) in a state of shock. Along with newly-arrived star surgeon, Joel Goran (Daniel Gillies, The Vampire Diaries), Alex races to save Harris life. As the action unfolds, comatose Dr. Harris wanders the halls of Hope-Zee in spirit form, not sure if hes a ghost or a figment of his own imagination. Reid, along with her fellow doctors, press on to save his life and those of their other patients, as they deal with the complicated and courageous decisions that are made in their daily struggle to keep hope alive.

All 13 episodes of Saving Hope will be a co-broadcast with NBC, which as we know has had varying results: The Listener (Boo), Rookie Blue (Yay!)

Both CTV and NBC probably wouldn’t mind a big summer hit and I think if it can differentiate itself from Grey’s Anatomy, it could stand a shot. Â If you think about it, there are not too many medical shows on network television right now, although last year’s Combat Hospital never saw a second season.

My fingers are crossed that the show will live a long live, what do you think?