Finally, the secretaries get it right! 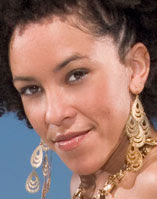 The problem with shows like So You Think You Can Dance and Dancing with the Stars is that they start of all good and exciting but once you realize they are all going to end the same, there isn’t really a point in watching.

My point is this: these shows are sexist. No matter how good the competition is, the winner will always be the “cute boy” or the “charming gentlemen” Why is this you might ask? Well the reason is simple. These shows are watched by women, lots and lots of women. I’m talking by the millions. And the crazy kinds too, you know the ones. They wear sneakers when they walk to work and instead of enjoying a nice lunch with friends they insist on walking around the downtown core while wearing said sneakers and sweaters with cats or wolves on them, all this while they are listening to Josh Groban and thinking about what they are going to do with their cats that night.

It aint a pretty sight, but what else are they going to do but vote the pretty girls off and keep the cute boys in. As if it is some sort of vindication against the girls that were oh so mean to them when they were in high school. And by voting for the cute boy, it reminds them of the captain of the football really had a crush on them but was just too nervous to go for personality over looks.

I may sound mean, but lets look at the facts.

So You Think you Can Dance
Season 1 winner: Nick Lazarini
Season 2 winner: Benji Schwimmer (no relation to David)

Which brings us to season 3. Finally a girl won! Earlier on tonight Sabra Johnson was announced as the winner of the third season, thus causing secretaries all over the world to simultaneously pick up their rusty thigh-masters and a bag a chips at the same time.

While I still believe these shows will stay with the trends of having guys as winners, it was nice to see a deserving girl like Sabra finally take the crown.

So far only Jennie Garth and Mel.C from the Spice Girls have been announced for the 5th season of Dancing with the Stars but I’m sure they’ll announce another member of NSYNC any day now!