Finally a reason to watch Hockey Night in Canada! 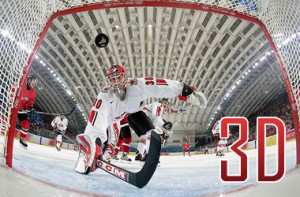 Well it’s bound to happen once and a while, I gotta talk about sports.

No…where are you going?Â  It’s actually a cool sports story and if I’m saying it’s cool, you have to know that it is at least worth the read, right?

It’s just been announced that CBC’s Hockey Night in Canada will be available to Canadians ni 3D this upcoming season!Â  The first game will be Montreal versus Toronto on Saturday, December 11th and the Heritage Classic from McMahon Stadium in Calgary Sunday, February 20, 2011.

No word yet on how or where you’ll be able to get your 3D glasses but earlier this year when CBC showed The Queen in 3D, glasses were available from Canada Post, you can probably expect the same this time around.

The second I hear something, i’ll let you know.

There, I talked about sports.Â  Are you happy Michael Landsberg?