Finallly LOST is back! 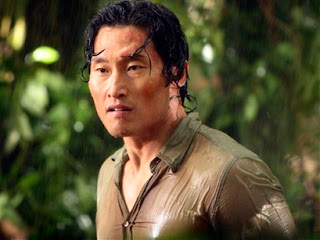 Finally LOST returns to TV on Thursday night and it couldn’t come sooner. There is absolutely nothing on TV and what do they TV god decide to do? They over compensate by giving the BEST show on TV during the middle of a long cold winter.

If you haven’t started watching LOST, I’m not going to try to convince you. There is no point. There is so much story in each episode it would be too complicated to try to catch you up. But what you should do is go rent/buy the DVDs and catch up. I mean really, what else are you going to watch.

The LOST team were able to film 8 episodes of the show before the strike hit, which means we have about 2 months to enjoy what we can. And enjoy we will. Who can forget the season finale that revealed that Jack and Kate eventually make it off the island in a mind blowing flash-forward!

And don’t be confused by the ads, tonight’s episode isn’t actually 2 hours. There is an hour episode that will try to catch you up which leads to the brand spanking new episode. Hence why they call it a “2 hour event”, not a “two hour episode!”

After LOST premieres at 10pm, stick around on ABC for the series premiere of Eli Stone. If you haven’t seen previews for this show. It looks like a quirky show that will easily fill the void left by great shows like 30 Rock, The Office and Pushing Daisies. From what I can tell he gets visions that will help him solve cases. But I could totally be wrong. However, at this point, kinda like Prom Night, I’ll take what I can get.

Last year, I was actually lucky enough to visit the LOST set! you can see those pics here!

You can also check out a preview of Eli Stone below: