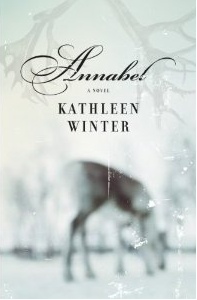 Did I ever tell you that I wanted to write a book?Â  Iâ€™m not sure what itâ€™s going to be about because Iâ€™m pretty sure no one wants to read about me watching TIVO everyday and eating BBQ chips every day. Plus, Iâ€™d have to figure out how to use a comma.

Either way, I definitely have respect for the people who have worked hard enough to become authors.Â  Thatâ€™s why I think the Scotiabank Giller Prize is so important.

Writers arenâ€™t necessarily glamorous.Â  They are never going to get their own reality show, they donâ€™t always make for the most exciting interview and sometimes they only get a one-book deal.Â  Itâ€™s a life full of risks.

This yearâ€™s Giller Prize short-list consists of five finalists that were selected by an esteemed jury panel made up of Canadian broadcaster and journalist Michael Enright, American writer and professor Claire Messud and award-winning UK author Ali Smith. The shortlist was chosen from 98 books submitted for consideration by 38 publishing houses from every region of the country.

The 2010 Scotiabank Giller Prize finalists are:

â€¢ David Bergen for his novel The Matter with Morris.

â€¢ Sarah Selecky for her short story collection This Cake is for the Party.

â€¢ Johanna Skibsrud for her novel The Sentimentalists.

The winner of this yearâ€™s Scotiabank Giller Prize will be announced on November 9th at Torontoâ€™s Four Seasons Hotel at a gala black tie dinner and award ceremony.Â  The winner will take home the $50,000 prize and the other four finalists will get $5,000â€¦.and hopefully another book deal.

Congrats to all the nominees.Â  Any chance youâ€™ll read a book about chips and TV?