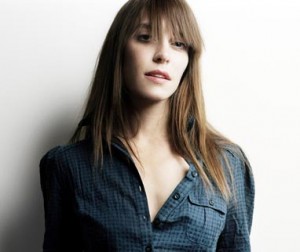 Has it really been four years since Leslie Feist released her award winning album The Reminder?Â  Wow.Â  Time sure does fly.Â  Last time I heard from the singer, she was literally booing me in the Juno press room for asking a question about iPods…ahhÂ  memories.

The Broken Social Scene singer has just announced that she’ll soon be releasing her highly anticipated third album in just a few months.Â  The disc will be called Metals and hipsters and unknowingly sad people will be able to pick it up on October 5th.

With the big announcement comes a new website, with some special videos that give some insight to the production of the album, which is produced by the likes of Chilly Gonzales,Â  Mocky and Valgeir SigurÃ°sson.