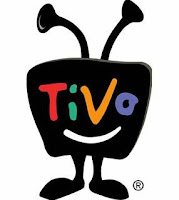 The TV season is barely a week old and I am already falling behind on my TV watching. As of right now I still have on my TIVO many of the those that I was so excited to start, yet there they sit unwatched. I some how need to find time to watch Chuck, Gossip Girl (2nd Season), Reaper, The Biggest Loser (2 hours!), Boston Legal (2 hours!), America’s Next Top Model, Kitchen Nighmares, My Name is Earl (1 hour!), Ghost Whisperer, Moonlight (Logan!), Las Vegas (2 hours) and last nights How I Met Your Mother.

Now to be honest, most of those shows I would never normally watch, but some of them had some interesting cliff hangers that I thought I would catch up on. Other ones I am saving for a raining…or snowy day. My worry is that over the next week 3 news shows will definitly be added to the list. 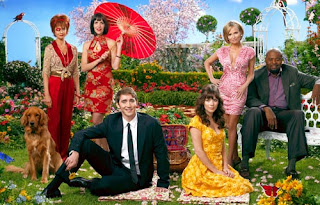 On Wednesday night we have the premiere of Pushing Daisies, an interesting show about a guy that can bring people back to life, the catch? They can’t touch him once he does. That causes all sorts of problems when he resurrects the love of his life. This show looks quirky and kinda fun, which means of course, it will last two episodes.

Then on Thursday we have the return of 30 Rock! I may have mentioned this show once or twice, but it is simply amazing. It did win the Emmy for Best Comedy afterall, and this weeks episode features Jerry Seinfeld! Come on, you have NO reason not to watch!

And then on Friday the 2nd season premiere of Friday Night Lights. I’m still trying to find the time to get through the first season, but from the first 9 episodes that I’ve seen, it’s freaking amazing and I hear it only gets better!

Now all I need is a blizzard with 2 meters of snow and I’ll be all set.

Want a preview of Seinfeld on 30 Rock? Your wish is this bald guys command.