A visit to Calgary isn’t complete without a trip down Stephen Ave, whether you mean to or not. The avenue, which is closed to cars during the day, is a main thoroughfare that takes you from one end of downtown to the other. During the warm summer months, it’s packed with thousands of Calgarians and tourists alike who have the opportunity to sit on some beautiful patios, listen to local bands, peruse vendors and enjoy some of the best people watching in the city. 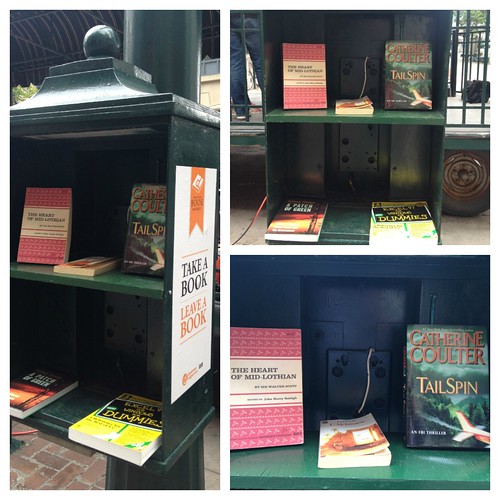 While the idea of “Take a Book, Leave a Book” is not foreign to hospitals, apartment buildings and university dorms, I’ve never seen a bookshelf set up in the middle of a busy street, until today. According to the poster, the program is being coordinated by Downtown Calgary and I couldn’t think of more original idea that reflects the safety and honesty of this city, which I think this program is trying to promote.  I didn’t have a vested interest in any of the books that were available today, but I’ll be back, maybe even to drop off a book or two. 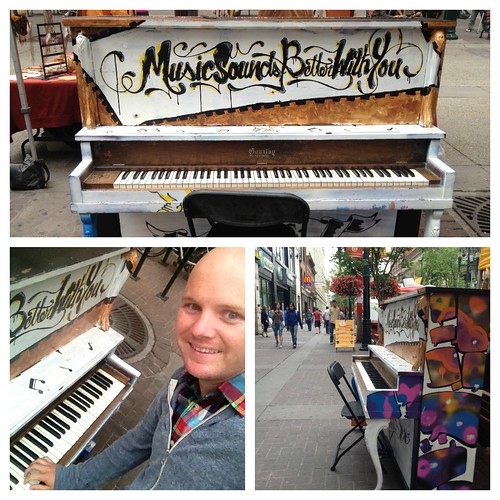 Just a few feet away from the bookshelf was a colourfully decorated piano, that seemingly belongs to no one. While I’m used to seeing the odd abandoned shoe or scarf, a lonely piano is definitely new to me.  After some quick Googling, I discovered that the piano has actually been there for a weeks and is a part of a program developed by a class at Mount Royal University. Interestingly enough, the piano is supposed to deter crime and is open for anyone to play.  I guess the idea is that by allowing anyone to play the piano, it starts to slowly build a community and a community with ties and bonds is less likely susceptible to being invaded by crime.  Definitely an interesting concept. I’m just happy that the public piano finally let me live my dream of playing a bad ass public rendition of Chopsticks! 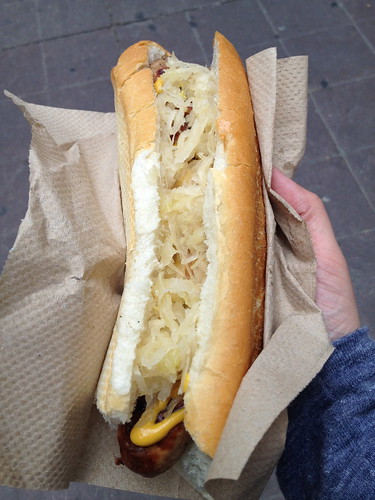 Lastly, and the whole reason I was on Stephen Ave in the first place, it was time for some lunch.  While the city is currently in the midst of a Food Truck obsession, I decided to go for the original food truck: The hot dog cart. And not just any hot dog cart, Gordon’s Lean Homemade Sausages is definitely more than just another street meat joint. I’m not sure if I talked to Gordon himself, or just another employee but I got the most amazing bratwurst and because the sausage was homemade, I was able to convince myself that I had made a healthy decision, and when it comes to eating out, is there anything better than that?