If you’re like me, you’re currently going through Downton Abbey withdrawal.  Sunday night’s finale (for those of us who waited patiently) was near perfection, coupled with, of course, gutting sadness.  I sometimes wonder if that family is every going to say, “Someone should write a book about us, because we are DRAMA.”

Or maybe you’re just discovering the hit British drama, after all, it’s super cheap to buy on iTunes. Either way, every time Downton Abbey shows off the residence, I get a tingle of excitement, because who wouldn’t want to live in a house like that!

Well as it turns out, you don’t have to go to the UK to experience how the other half lives, actually, you don’t even have to leave Alberta.  A few weeks ago, some media was invited to spend a night at the Azuridge estate.   I hadn’t heard of it, nor had anyone I asked. Actually, I made a few jokes on the way out that this seemed to be the beginning of a scary movie. A group of people gathered together to spend a night in a giant mansion. Yeah, I’ve seen that movie before. Luckily, our experience was anything but scary. 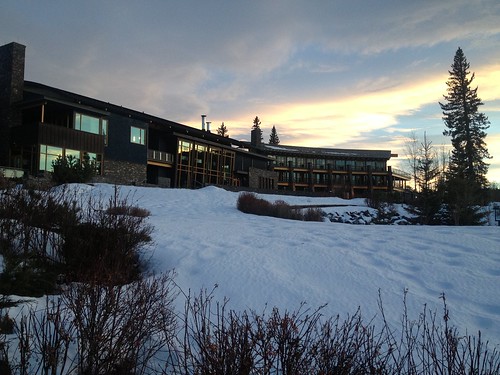 Azuridge Resort sits on the edge of Calgary, in the small community of Priddis.  Built with the Smed Furniture fortune, it’s  mansion/estate that has been turned into a boutique hotel, although I feel like “hotel” doesn’t really do this place justice.   The estate features 13 suites, located throughout the 27,000 sq ft home, which is situated beautifully on over 13 acres of land.  From downtown Calgary, it’s about a 25 minute drive. The jump from bustling to peaceful blissful is jarring and awesome. 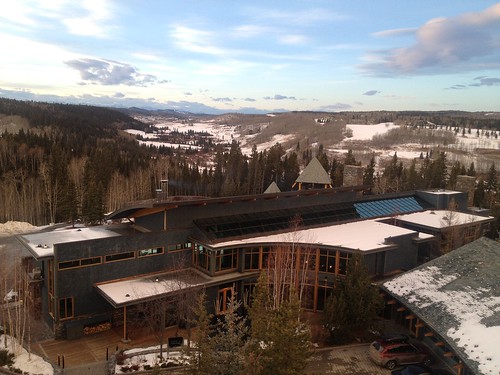 Throughout my stay there, I kept saying, “This is as close to Downton Abbey as I’ll ever get.”  From the butler service, (yes, a butler will unpack your bag) to the countless rooms featuring fireplaces, the only thing (thankfully) missing the over top drama that often happens in Downtown.  I spent the evening exploring almost every corner of Azuridge, the beautifully designed rooms,  the incredible attention to detail that is featured in the open kitchen and the water tower and gazebos that offer spectacular views were definite highlights. If it had been built as a hotel would be one thing, but the fact that someone used to actually live in such luxury and now we “normals” can do the same, is a pretty unique experience. 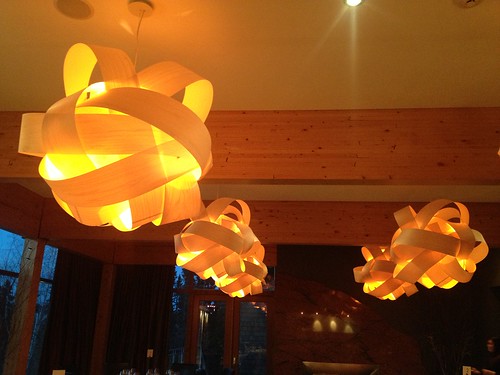 I loved these birch chandeliers. 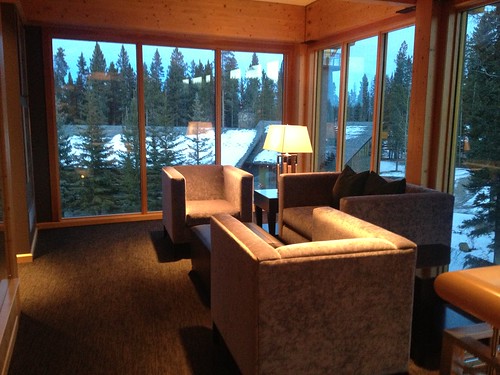 Currently in its second year of business, is definitely catering to the wedding crowd. Which, if you had the money and wanted a small-ish wedding, I can’t imagine a better place in Alberta to get married.  But since I’m not currently planning a wedding, my imagination was running wild with the possibilities of being able to say in such a peaceful estate. Maybe when my parents come out to visit, or a friend’s big birthday, a romantic getaway or even a solo weekend away.

If the purpose of the media weekend was to get us to talk about Azuridge, then consider it mission complete, because since my stay there, I have been obsessed with planning my next stay.  Like the staff on Downton Abbey, a taste of how the other half live is rarely enough.