It’s time for my favourite part of Big Brother Canada: Double eviction week! Â Even better, it seems that the alliance that thought they had the game in the bag is slowly being picked apart by the underdogs, who are now calling themselves the Sloppy Seconds. Â The biggest mistake you can make in Big Brother Canada is thinking that you can’t make any mistakes. Â This week, two members of the First Five alliance were sent packing, first Sarah, then Kenny (his exit interview). Â I got a chance to chat with Sarah hours after her shell-shocking elimination.

Mike: It seems to be the underdogs’ game…now. Are you surprised that you aren’t an underdog?
Sarah: No Iâ€™m not really surprised I wasnâ€™t an underdog. But in real life, Iâ€™m someone that roots for the underdog. So from a viewerâ€™s standpoint Iâ€™m sure itâ€™s pretty exciting that theyâ€™ve kind of rallied together and taken over.

Mike: Do you sort of feel robbed because you were only evicted because Kenny couldn’t be?
Sarah: I do feel like I thought I had my hand in the underdog alliance enough that I wouldnâ€™t be, but Kenny is such a strong player that Iâ€™m not surprised that to get at him they came after me.

Mike: Did you think that Neda was going to switch?
Sarah: Neda is such a good game player in the sense that she has an amazing poker face. I did think that there was a small chance that I might be able to convince her, but in the end I knew that it was far bigger risk than reward. So for her game ai think she made the right decision. 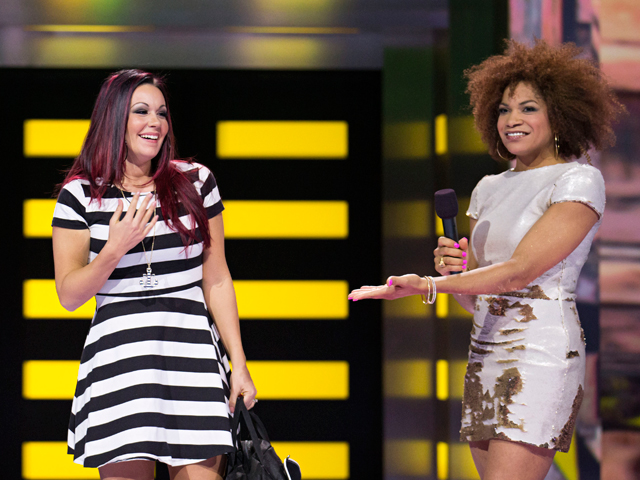 Mike: Tell me about the moments in between when you leave the house and before you see the crowd. What is going through your head.
Sarah: I feel like Iâ€™ve just been released on early parole for good behavior.

Mike: Who do you hope wins?
Sarah: I hope Arlie wins.

Mike: Who do you think will win?
Sarah: I think Jon might win this game but honestly I think that Arlie might make it very far. Itâ€™s a toss up between those two, they seem to be running the game right now.