EXCLUSIVE Interview: Erin Karpluk and the morning after! 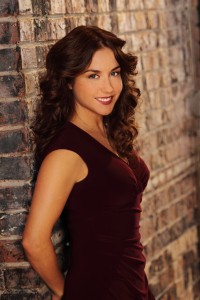 Being Erica‘s third season premiere just finished and what did I tell you, was it shocking or was it SHOCKING?Â  We found out what was behind the door (group therapy!), Erica got a new office (goblins), a new crush (Adam!) and someone doesn’t think Dr. Tom is doing a very good job (Nadia!). Bet you didn’t see that stuff coming!?

If there is one thing that Being Erica is good at it is covering a lot of ground in 43 minutes.Â  So to help explain a little more about the episode, I asked series-star Erin Karpluk to help break it down!

Now what we know what is behind the green door.Â  What did you think was going to be behind the last season’s big mystery?!
Oh gosh!Â  I was just so curious what they would write.Â Â  Part of me was like, â€œIs it just a rabbit hole and just falls for eternity?â€ And unless we got cancelled, that wouldn’t be very exciting.Â  I was wondering if there was going to be a development in time-travel but when I got the script, I was like, â€œAha!Â  There we go!â€

We found out that she is now in phase 2 of therapy and that phase 3 of therapy is becoming a doctor. Think you’re ready?
I donâ€™t think Erica is anywhere near ready to be a doctor!Â  That I know for sure! She has no right giving advice to someoneâ€¦yet. Sheâ€™s getting there and if it is the grand scope of things, itâ€™s not going to happen this season.

Erica got to visit a new character’s past.Â  Adam seem to have a lot of stuff going on, what can you tell us about him?
Adam (Adam Fitzpatrick) is definitely that masculine part that weâ€™ve brought to the show.Â Â  Heâ€™s got a very assertive energy that balances out Erica.Â  He really challenges Erica.Â  He is going through therapy himself and he has a darker past, more like Dr. Tom.Â  Him and Erica are very different but they learn a lot from each other.Â  And as we saw in the first episode, they get to go back into each otherâ€™s past and help each other.Â Â  It is kinda like field trips. 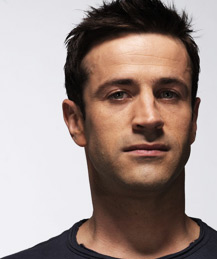 Would you say Adam in the new Kai?
Hmmmm.Â  Yup.Â  I would say that.

Things changed for Erica pretty much right away.Â  How she’s handling it?
The huge thing in the premiere was Ericaâ€™s bewilderment that Dr. Tom has other patients.Â Â  There is a certain amount of resentment and jealously in thinking she is the only one.Â  Then she walks into this room and sees that Dr. Tom has been doing these treatments with other people.Â  The whole episode was really about expressing yourself fully, which I think we really saw in Erica as it progressed.

What can you tell us about the other people in in group therapy with you?
Rebecca (Melanie Scrofano) has been there the longest.Â  She was an actress who didnâ€™t make and now she owns a clothing store in Kensington. Â Jeffâ€™s (Fab Fabrizio) character is a little of a science nerd, a little bit quieter.Â  Heâ€™s been there quite a while. Â Camilla (Kim Roberts) is bus driver who was an alcoholic who almost ran a bus into a pole.Â  And then Adam came from a violent background and now he is a gardener.

What’s group therapy been like so far?
It really reminds me a lot of being in an acting class, you know where you put your trust into everyone and you having your acting teacher.Â  Â This adds a lot of different levels to it and itâ€™s nice to have other people to go back with, now we have all these people.