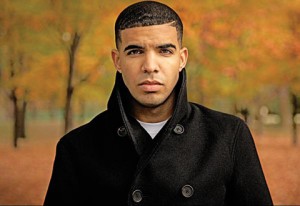 I’m guessing that Drake has had some pretty cool nights in his life, though I don’t know if they get much cooler than tonight.

North of the border, it was announced the artist formerly known as Aubrey Graham will be hosting the 40th Annual Juno Awards next March in Toronto!Â  This is coming off of this year’s Junos in St. John’s when he picked up two of the coveted awards.Â  Did someone say Degrassi: The Musical?Â  No?Â  It’s just me?Â  Sigh…..

Things got even better for Drake in the States, where it was announced that he snagged a Grammy nomination for Best New Artist.Â  However, when the awards are handed out next February, he’ll be going up against the seemingly un-stoppable Justin Bieber! It will definitely be great musical battle to the death!Â  Drake’s also nominated for Best Rap Album and Best Rap Solo Performance!

Either way, things are looking good for Drake, real good.