Everyone do the Prorogue! 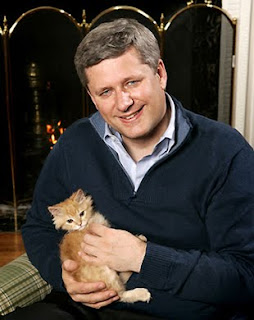 A couple of days my friends told me that Stephen Harper had prorogued government. My reaction was to reach for the cream that helped me when I had a similar problem. Once my friend explained what prorogued actually meant, I was confused. But no one else seemed to be making a big deal about it, so I went back to reflecting over pictures of that rash.

That was Monday.
Since then, all hell has broken loose! Everyone is all up in arms about the Government being closed for no apparent reason. Harper says it’s because of the Olympics. I couldn’t help but notice that this was around the same time that Olympic tickets started showing up in the mail. Did our Prime Minister end up getting tickets to women’s curling? If so, I’ll see you there!
Even if politics even aren’t your cup of tea, I definitely think that you should take some time to learn what is going on. It’s been a while since the actions of Parliament Hill has garnered so much interest!
So what about you? Are we all just bored and making a big deal out of nothing?