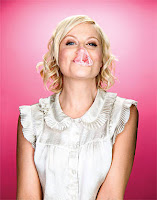 The Fall TV Upfronts are still in full swing this week and even more exciting news about the Fall lines ups are coming up! I thought it would be very generous of me to share with you my favorite stories (ie:the only ones you should care about)!

The Office Spin-Off: I haven’t mentioned much about the office spin off yet mostly because I am still mad at NBC about the whole Joey debacle. (mini-rant: seriously, wouldn’t one of his friends from the past 10 years have called, visited, dropped by, emailed or SOMETHING!?!?) Phew. Anyway, NBC announced a while back that The Office would also be spinning off of itself and no one had really been talking about casting. Well today it was leaked that SNL’s Amy Phoeler is having serious discussions about heading up the spin-off. Probably playing someone just as awkward as Michael Scott, which may or may not be a good thing. This puts a lot of things up in the air, especially for SNL and well….yeah mostly just Saturday Night Live of which Amy has become their biggest star (and then it’s you Kristen Wiig jeez, calm down!). If she does leave, hopefully we’ll be able to see her be Christian Soriano just one last time (see below).

Scrubs: Scrubs is going to back for one more season starting in the mid-season on ABC (suck it NBC). And today creator Bill Lawrence talked about it going on even longer, even if the cast isn’t going to all be on board! Listen, there is much out there for comedy right now, so if we can keep the cameras rolling in Sacred Heart for as long as possible, I am definitely on board with that…especially if they do even more musical episodes.

The Emmys: Emmy nominations will be coming out Thursday morning and so help me god if Friday Night Lights doesn’t at least get some recognization. Even though it’s second season wasn’t as strong as it’s first, it was still miles ahead of anything on FOX or CBS last season. I’m also rooting for a little Jennifer Carpenter action who plays Dexter’s sister on Dexter (obviously). I’m so excited for the nominations to come out that tonight might end up being an all nighter, this is like Christmas eve for someone like me.

Eli Stone: Apparently this show is still going to be on and apparently Katie Holms will be guest starring in an episode. yipee?