Entire cast of ‘Star Trek: The Next Generation’ reuniting in... 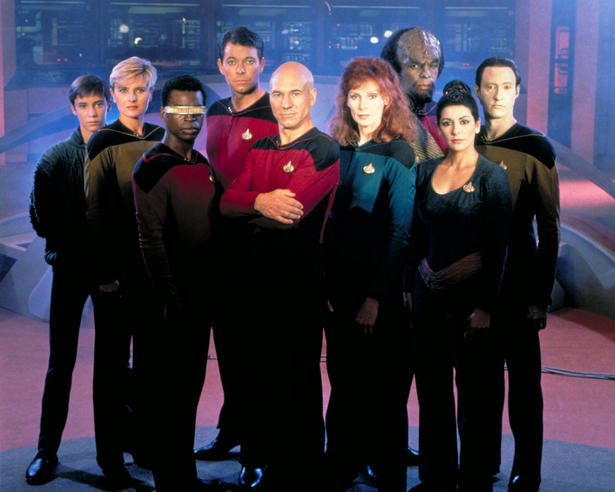 I’ve never even seen episode of Star Trek: The Next Generation and I know that this is crazy. Â The Calgary Comic Expo has announced that the entire, the ENTIRE cast of TNG will be reuniting this April, here in Calgary. Â  Â Yes, in Calgary. Â I’m surprised too. Those cast members already on board are Sir Patrick Stewart, Jonathan Frakes, Marina Sirtis, Brent Spiner, Michael Dorn, LeVar Burton, Gates McFadden, Wil Wheaton and Denise Crosby. Like come on, that’s crazy. Â Since the show ended back in 1994, the cast has never been at a convention together. Â For Trekkies across the world, this event will be huge. Â Last year Calgary had Will and Kate and this year we’ll have Data. I’d say that’s on par.

Fun fact: While I’ve never seen an episode of Star Trek, I did once take my friend’s boyfriend to one of the movies, because he had no one to go with him. Needless to say, I had no idea what the hell was going on, but it was still kinda fun.