End of the Entourage? 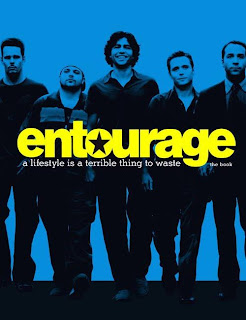 Hey everyone! I’m Henna from CanadianBeauty.com and when Mike invited me to contribute on his blog, I was so excited! I love Mike’s Bloggity Blog but I watch shows that he doesn’t and this is my chance to write about them!

Anyway, one of those shows is Entourage and I JUST finished watching the first episode of this season, and I have to say that it was nothing short of awesome. Without spoiling anything for you (in case you haven’t watched it) I’ll just say that it seems that everyone in the group is getting their own lives… and that’s interesting! The writers have tried to create multi-dimensional characters and have tried to give them all their own lives, but nothing has really been fleshed out until now and it seems that we’re going to be seeing less of an entourage and more of individuals who move on to bigger and better things.