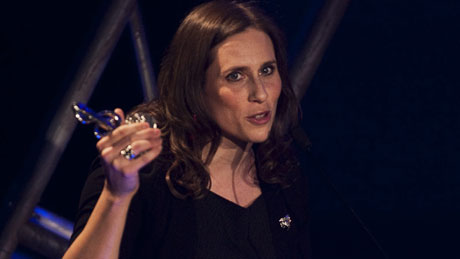 They might not get as much press as other award shows in Canada, but for me, The ECMAs will always mean something special.Â  It’s probably because I’m from the maritimes, but I’ve always had a perception that musicians from Canada’s East Coast have it harder than most.Â  The population is smaller, they spend less money and no matter how popular they are, they’ll always live in the shadows of The Rankin Family.Â  Okay, the last one is a little biased.

For the last four days, the East Coast Music Awards have been celebrating the best that the four provinces have to offer.Â  This year’s awards were extra special, because I was a actually a jury member on some of the weekend’s biggest awards.Â  It really was my honour to help choose the nominees and in the process, I was blown away by some amazing talent.

Sunday night was the weekend’s big wrap up and here are some of the night’s big winners.Â  Chances are you haven’t heard of most of these artists, which is totally fine.Â  But now that you have, give them a little, I know you’ll be impressed.