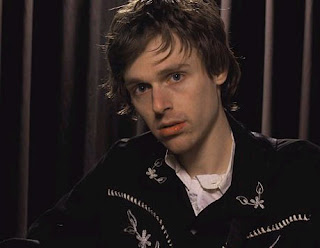 So apparently all I can talk about is awards this week. First it was the Grammys, then the Canadian Blog Awards and now the East Coast Music Awards!

For anyone that knows me, the ECMAs are close to my heart for two different reasons. I am, of course, from the martimes and I sorta feel that those four provinces often get the shaft! So if I have to write about the ECMA every single day, then that’s what I’m going to do….okay, not everyday. But a lot.

The East Coast Music Awards will be given out on March 7th in Sydney, Nova Scotia and it looks like rising star, Joel Plaskett will be the night’s big winner. Going into the awards he is nominated for EIGHT ECMAS, including: Entertainer of the Year, Male Solo Recording of the Year, Songwriter of the Year, FACTOR recording of the year, best video, pop recording of the year and two different songs are nominated for single of the year!
Other nominees include Classified and In-Flight Safety who are nominated for six awards each, and singers Amelia Curran, Chris Kirby and Caledonia are all nominated for four ECMAS!
HUGE CHEERS to David Myles, who like me is from Fredericton, he is nominated for Entertainer of the Year!
So far, no host has been announced for the awards, so I’m just going to put my email right here and if one was looking for a host, maybe they can try emailing me: mikesbloggityblog@gmail.com
And please, please, please support East Coast Music. Do you know how expensive living with HST gets? It’s crazy! Seriously, look how skinny Joel Plaskett is. That boy needs to need a BigMac. All the above links will take you to the artists myspace page, check them out and then go BUY their CDs. They are all great!